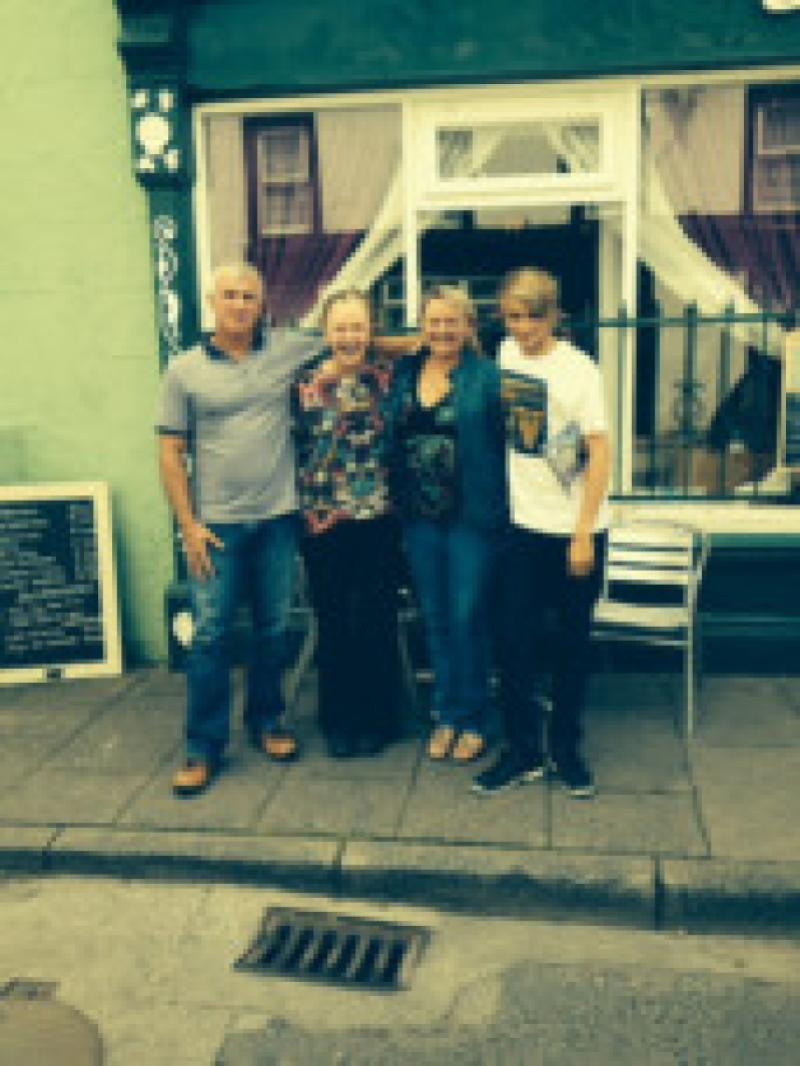 In the 18th Century, James Freney was a man to be feared on the highways and rural areas of Kilkenny. Born in Ballyduff, he is still remembered to this day for the stories of his tricks and escapades.

Legend has it that, as well as someone who liked to live life on the edge, he was also a compassionate man, who would often return possessions to those he robbed.

Lorraine Grace in Graignmanagh, while tweeting about her intention to read the book ‘Freney the Robber’, was contacted by his direct descendants who reside in Brisbane, Australia. Michael and Jo Freney arrived in Kilkenny last week for the first time since their fathers (two sons of the infamous Freney) left Kilkenny in the 1800s for Australia.

The family was only here for two nights and have now moved on to Scotland. They stopped by ‘Coffee on High’ in Graignamanagh for a cuppa with Lorraine and to share a bit of their story.

Daughter, Jacqui Freney, is a Paralympic swimmer and was named Young Australian of the Year 2014. She won a record-breaking eight gold medals for her country at the London 2012 Paralympic Games.

Their son is Brandon Freney – apparently a coincidence, and nothing to do with Brandon Hill just outside Graignamanagh, where James Freney is said to have had some of his most thrilling adventures.