Aiming to give Ballyragget a voice 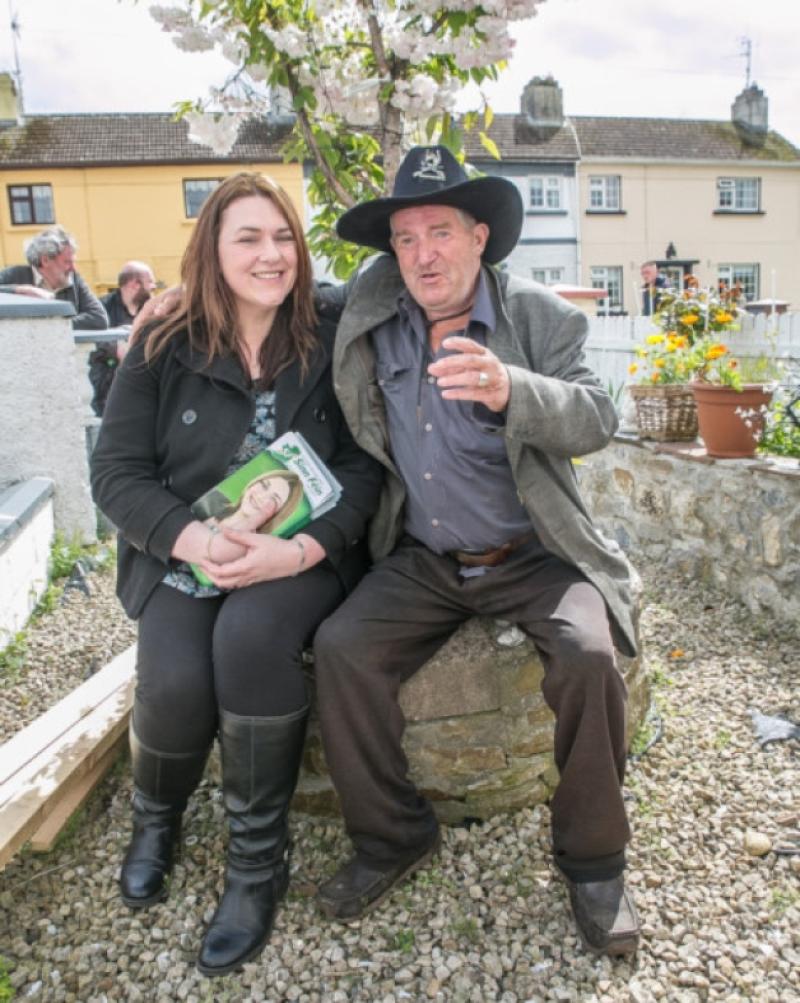 Canvassing on the doorsteps of Ballyragget Sinn Fein candidate Catriona Redmond is greeted warmly as she promises to be a voice for the people of Ballyragget if elected.

Canvassing on the doorsteps of Ballyragget Sinn Fein candidate Catriona Redmond is greeted warmly as she promises to be a voice for the people of Ballyragget if elected.

“I have got a brilliant reaction so far. Even after the news of Gerry’s Adams arrest people were positive. I think most people saw it as sabotage,” she said.

The law student joined the party in 2009 after being affected by the downturn in the economy and believes that she has first hand experience of the challenges families are facing.

“I want to represent those who may feel like they do not have a voice. I think people are looking for change and are sick and tired of empty promises and want to be part of a team that if given the chance could provide a change,” she said.

Patricia Bradley, Grove Terrace said she would welcome a public representative from the area.

“It has been 17 years since we had a representative from Ballyragget. I think that it is important to have local representatives as there are a lot of issues that need to be addressed by someone who knows and understands the issues,” she said.

“The rubbish bins on the street are only emptied once a week and there is only street cleaning once a month. The council also stopped cutting the grass in the graveyard and all of these things could be addressed.

“The graveyards in Freshford and Johnstown still have their grass cut by the council so I can’t understand why we don’t,” she added.

Caitriona is married to David who is also a member of Sinn Fein and her father Eamon is helping her out as she tries to canvas each and every house in the Castlecomer area before May 23.

Caitriona also receives a warm welcome from the Nealis brothers in Grove Terrace.

“And someone local as well,” added his brother Hubert.

Some of Caitriona’s election priorities include increased garda resources, the abolition of ‘unfair home taxes’ (if elected she pledges to use her council vote to obtain the maximum discretionary reduction of 15% from the household charge), support of the agri food sector and the care of the sick, disabled and the elderly.