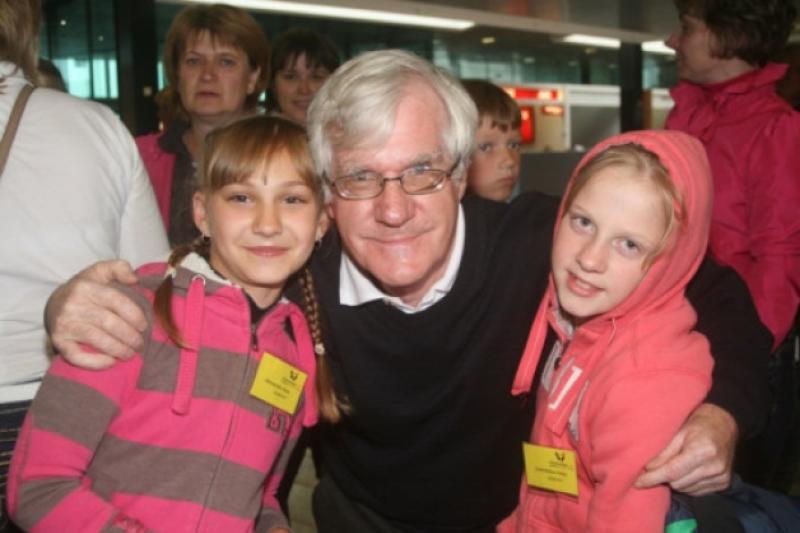 The Kilkenny man was honoured for the second time in seven days last night, being named Ireland’s Charity Hero 2014 in a ceremony at Dublin Castle. Only last Thursday, he was announced as the Volunteer of the Year at the Volunteer Ireland Awards.

This latest award is a national prize, which honours individuals who have made an extraordinary contribution to good causes over their lifetime. Jim was one of 10 people from across Ireland nominated for the annual award by The Wheel, the national representative body for charities, in association with the Volunteer Ireland Awards.

In the early 1990s, Jim set up the Volunteer Outreach Group of Adi Roche’s Chernobyl Children International (CCI) in Kilkenny. This group alone has brought almost 1,000 children into the county since its inception.

Jim, along with his wife and their eight children, work together to promote the work of Chernobyl Children International every day of their lives. Jim has spent the past 20 years helping to alleviate the suffering of children, young adults and the elderly in institutions and mental asylums across Belarus.

The Charity Hero Award is part of Better Together, a nationwide campaign that aims to make Ireland a better place to live by building support for charities, clubs and associations across the country. For more information on the Better Together Campaign visit www.bettertogether.ie.