Discovery Park ‘has potential on a Dublin Zoo scale’ 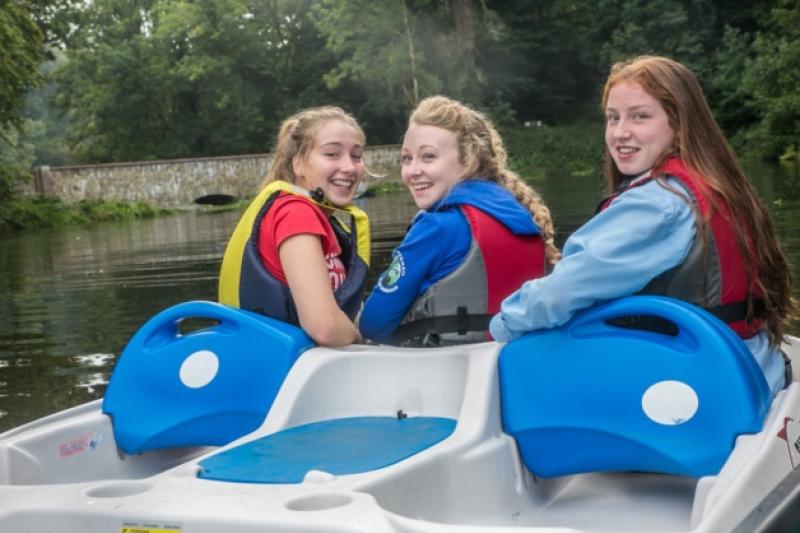 A deputation from the Discovery Park, of Mr Brooke and manager Liz Nolan, were addressing the September meeting of the Municipal District of Castlecomer (CMD), at which they informed the six elected members of the Park’s progress to date.

Ms Nolan revealed that many schools and teachers have been asking if there is accommodation nearby and there is real demand at present. She said that tourist boards worldwide are increasingly focusing on ‘adventure-based tourism’, an area in which the Park specialises.

In August, management and stakeholders held a ‘think tank’ with a number of tourism industry experts, who posited ideas working around the concept of building outdoor pursuits, further recreational activities or ‘soft adventure’.

It is hoped that the next phase of development for the Park will include a zip wire, abseiling, off-road biking trails, and a ‘sensory maze’. The park is also exploring the possibility of additional water activities, an animal sanctuary and ‘glamping’.

According to the projections circulated to members at last week’s meeting, the Discovery Park’s improving fortunes mean it will be significantl less dependent on grants by next year.

“In 2009, the Park was heavily dependent on grants,” said Ms Nolan.

Michael Brooke said that if Kilkenny ‘had been offered Dublin Zoo in 1994, it would have grabbed it with both hands’. He said the Park had faced obstacles, but was in a good position to grow with the backing of the local authority.

“We want to try and move the next 20 years in five and get an equivalent of Dublin Zoo just outside Kilkenny,” he said.

“I would like to try and convince you there is an enormous business there. We have the capacity to support it.

Cllr Pat Fitzpatrick (FF) said it was his understanding that there was a committment of €20,000 to go to the Park.

“The Discovery Park is a soty that is really only unfolding,” he said. “The facilities are very exciting and ‘Comer is an area that needs every bit of employment it can. get”