Madigans of Windgap are the toast of Rosé veal market 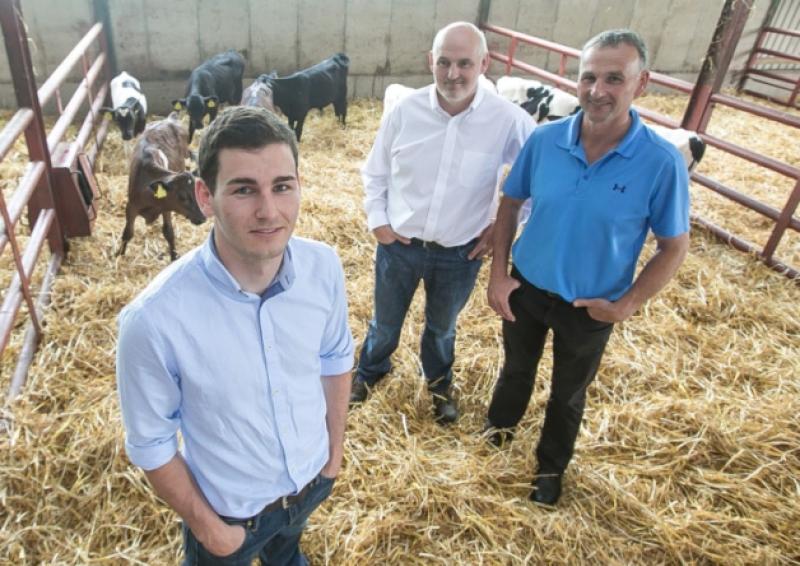 Kilkenny Rosé Veal has been awarded a very prestigious acknowledgement from Compassion in World Farming, Ireland’s first recipient of this award.

Kilkenny Rosé Veal has been awarded a very prestigious acknowledgement from Compassion in World Farming, Ireland’s first recipient of this award.

The Madigan Family from Windgap in South Kilkenny are one of the South East’s first farm to table producers of high welfare veal commonly known as Rosé Veal. The product was just recently brought to the market and is stocked in outlets and restaurants such as Kilkenny’s Michelin starred ‘Campagne’ and artisan butchers Grogan and Brown.

The company received the organisations highly regarded ‘Good Dairy Award’ which recognises food companies across Europe that are making it their policy to produce and source higher welfare eggs, meat and dairy produce. Animal welfare encompasses not only the health and physical wellbeing of the animal but the animal’s psychological wellbeing and the ability to express its own behaviour. Compassion in World Farming launched the Good Dairy Award in 2011 and celebrates companies that use and are committing to use higher welfare dairy systems for cows and calves.

Bill Madigan of Kilkenny Rosé Veal explains “Our calves are all sourced directly from dairy farmers across the South East. Young veal bulls are a by-product of the dairy industry. They are all fed a specialised high-fibre diet which we are constantly improving with nutritionists. Our animals are housed in spacious thick straw bedding with plenty of natural light and we’re delighted that our work has been acknowledged by Compassion in World Farming.”

“To keep a dairy cow producing milk, she has to calve regularly. If the calf is a female, it is added to the dairy herd. Some male calves are kept as breeding studs, but if they are not used for meat, there is no use for the remainder. Rearing male calves from the dairy herd for either beef or Rosé Veal at home in Ireland makes a lot more sense than exporting them out of the country.” High welfare veal is known as Rosé Veal, as calves are not fed the restricted, low-iron diet that is needed to produce the traditional white veal meat. Reared to the highest animal welfare standards, the conditions in which the animal are reared produce the light pink colours and characteristic taste of the meat.

The Madigan family have farmed on their land for over 300 years. Brothers Bill and Paul Madigan along with Bill’s son Jack take an innovative and modern approach to farming. They are committed to an environmentally friendly philosophy where animal welfare is a top priority. Miscanthus, a perennial grass, which is sold to the local power station is also produced on the farm where they produce more energy than they use and trap more carbon than they release.