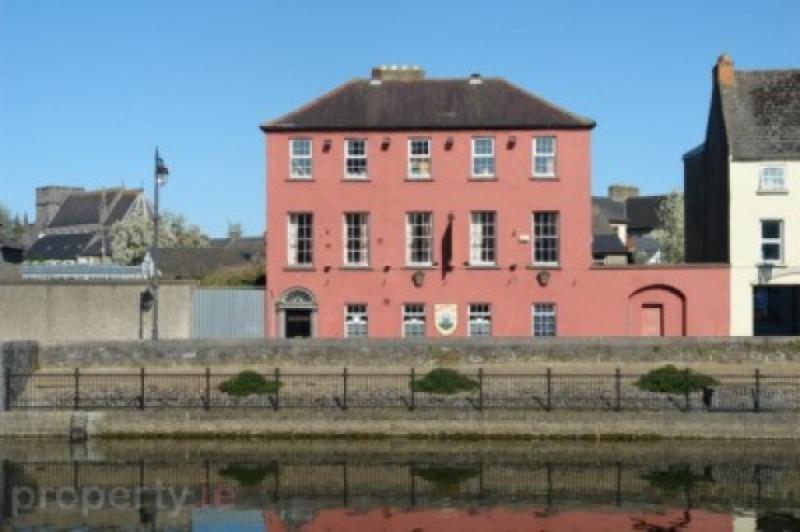 ONE of the city’s most important buildings is under threat. A cloud hangs over the country’s last remaining Home Rule Club.

ONE of the city’s most important buildings is under threat. A cloud hangs over the country’s last remaining Home Rule Club.

Situated on John’s Quay, it has been at the centre of the social life of the city since 1897. It is up for sale but all that could change if the people of the city decided that it is worth saving.

The Georgian building is a hive of history - Its walls are a pictorial record of the city’s business life for over 150 years.

It boasts the cheapest pint in the city at €3.95 for old age pensioners and €4.05 for everyone else.

More importantly it is part of the fabric of the city and we need to copper fasten its future.

With a bit of civic pride and the help of the ordinary people of Kilkenny it could once again become the focal point of the area.

“We have something unique here, and while you have many fake, imitation old world pubs around the city, we have the authentic real thing here,” said Patsy Costello, secretary of the club.

Set dancing classes take place every Thursday. It boasts Kilkenny’s only billiards room and there is space for all sorts of clubs and events who would like to avail of it.

Recently, there was a major clean-up at the club, but as with all old buildings, upkeep and maintenance are problems and with falling revenue in recent years it was recently put on the market.

However since that has happened there has been an outpouring of support and many want to maintain it for all the people of Kilkenny. Over the last number of years there has been a downturn in business and this has happened everywhere but it is especially true at the Home Rule Club.

You can do your bit and become a member for €10 , and drop in to enjoy the unique atmosphere.

It has a full bar licence and monthly sessions are held there on the last Friday of each month with free entry and free finger food.

There is music each Saturday night and it would make a brilliant home for an amateur theatre company or similar activity.

The property was built by a woman called Mrs. Pack for the purpose of running Nore-View Boarding School. Twelve young ladies were boarded and educated in the building for 35 guineas each per year. Subjects studied were varied; English, Italian, French, Geography & Astronomy ‘with the use of globes’, Ancient and Modern History, Mythology, Composition, Botany, Writing, Arithmetic, Music (harp and guitar were extra), Singing, Landscape, Fruit and Flower painting from nature not to mention the young ladies being schooled in ‘Morals, Address, Accent and Manners’.

The garden to the rear was ‘for the purpose of exercise’. When arriving to commence the school term each young lady had to bring with them ‘a silver spoon, two pairs of sheets and six napkins’.

A newspaper article published in July 1835 quite aptly described the tranquil yet central location of the building as follows: ‘Its retirement is admirably calculated for bringing up females; while its proximity to the City affords all the advantages of Masters’.

The next known use for the building was as a Feinaiglian School. This was a system of memory training invented by Dr. Gregory Von Feinaigle. The top floor of the building was used as a dormitory to take 12 boarders. A list of prize winners in the school appeared in the local newspaper in 1858. They were William Moore, Henry McCreery, James McCreery, James Moore, Francis Butler, James Courtney, Ponsanby Purcell, William Fitzsimons, Robert Mosse & Alfred Ricks.

The Home Rule movement was formed by Issac Butt in 1870 and was later taken over by Charles Stuart Parnell to support the Home Rule movement for self government in Ireland. Founded on the 20th of July 1894 & originally run from Patrick Street The Kilkenny Home Rule Club bought 3 John’s Quay in 1897. Their objectives were the ‘advancement of Catholic and National interests providing rational amusements for its members’. There was originally one Home Rule Club in each County but today The Kilkenny Home Rule Club is the last remaining club in Ireland. The Clubs ‘rational amusements’ for its members included over the years a brass band, a drama society, a cricket team, boating on the River Nore; boats ran from outside the Club to Bennettsbridge and Threecastles for the princely sum of alf a crown. Today, the Clubs main activity is snooker.