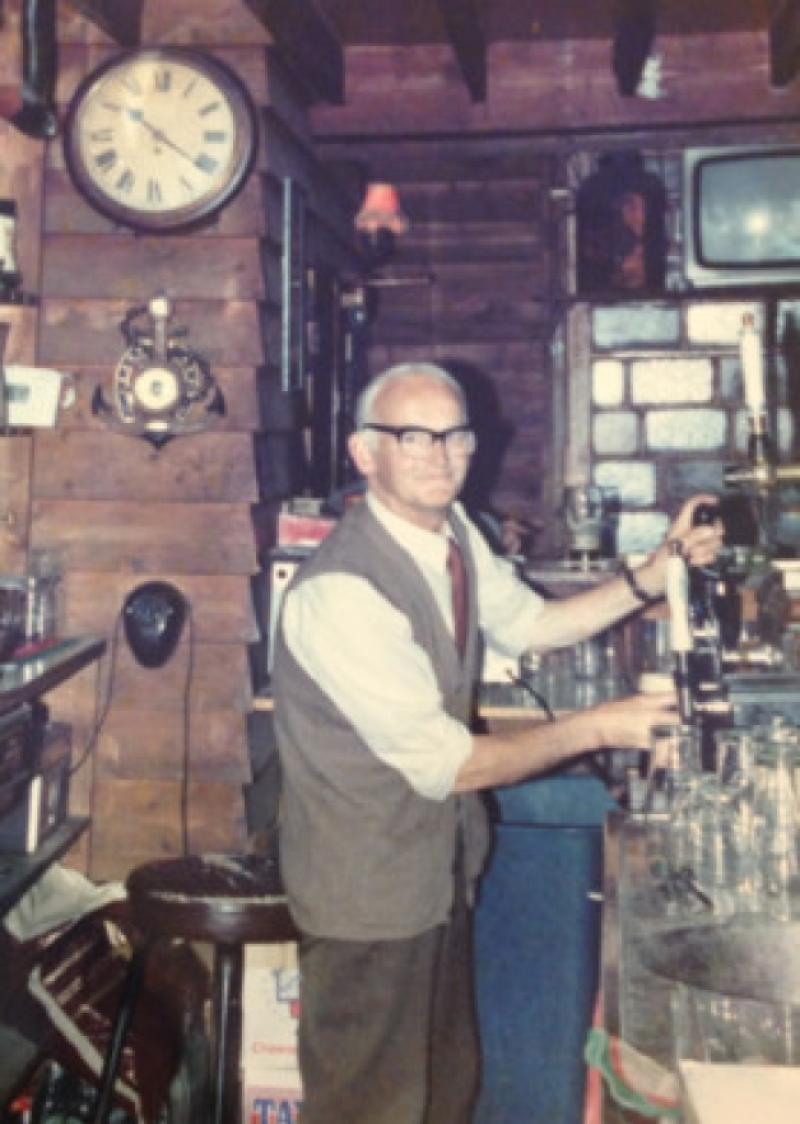 The late Tommy Lawlor who died last week was a publican’s publican. He ran the Tholsel Bar on High Street, Kilkenny for many years with great professionalism.

The late Tommy Lawlor who died last week was a publican’s publican. He ran the Tholsel Bar on High Street, Kilkenny for many years with great professionalism.

It was and still is a welcoming house with a unique interior designed by the late architect, Colm O’Cochláin that is retained today.

The exterior of the pub is preserved as the only surviving piece of 1960s architecture in the city centre and cannot be changed.

It is a hidden gem on the city’s tourist trail popular with people of all backgrounds and Tommy’s son Brendan continues a fine, family tradition of hospitality.

Tommy who had been in failing health for some time, was a wonderful human being with a great sense of humour who reared a family over the bar and although he hailed from Co Carlow, he was a great follower of Kilkenny hurling teams.

He was a strong advocate of the Vintners Federation of Ireland (VFI) and was a great neighbour at a time when there were many families living over many of the shops on High Street.

In his spare time he studied philosophy and did many Open University courses and was a deep thinker.

He had a great clientele with the likes of the late Mick Wall, of Frank Wall’s Mans Shop on High Street and the late Tommy Manning of Manning Travel, regulars.

He never tolerated bad language in the public house and had high standards which are maintained today.

He was a native of Ballymurphy and moved to Kilkenny in the late 1950s working in Walkin Street before purchasing The Tholsel in 1962. A few years earlier, his brother Michael had bought a public house on the top of John Street which was known as Lawlor’s for many years. Tommy commissioned Mr O’Cochláin to design the exterior which is regularly praised in Tidy Towns reports, helping the city to win many awards over the years including the National Tidy Towns award.

The 94 year old passed away on Tuesday of last week at St Luke’s Hospital, Kilkenny surrounded by members of his family.

At his funeral Mass in St Mary’s Cathedral, his son John spoke with great affection of the long walks they went on and how they found it hard to keep up with him when he was in full stride. In his eulogy delivered at the end of the funeral Mass with Mons Kieron Kennedy as main celebrant, John said they had a great childhood and were left with many great memories, adding poignantly that they would all look after their mother Ann as she had looked after Tommy.

Tommy Lawlor was buried afterwards in St Kieran’s Cemetery next to his son Billy.