‘We will fight for what is ours’ 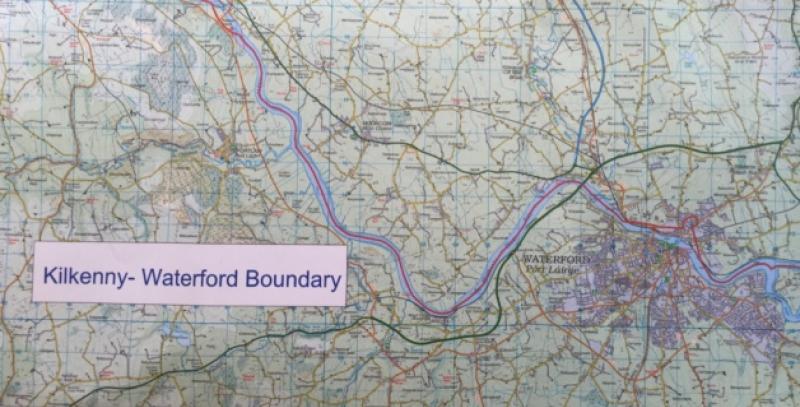 The elected members of Kilkenny County Council have said they are ‘of one voice’ in their determination to protect the interests of south Kilkenny and the wider county.

The elected members of Kilkenny County Council have said they are ‘of one voice’ in their determination to protect the interests of south Kilkenny and the wider county.

The councillors of the Piltown Municipal District convened a special meeting at short notice in the Ferrybank local area office last Wednesday morning to discuss the news that a boundary committee has been established to look at the Waterford/Kilkenny boundary.

“This has been sprung on us in the past week or so,” said chairman of the Piltown MD Pat Dunphy (FG) at that meeting.

“It’s a serious issue for this part of the county, and for the whole of the county really. We need to hear each others’ views and decide on a strategy.”

On Friday then, a special meeting of Kilkenny County Council took place. There was a palpable sense of anger in the council chamber, with several councillors making impassioned speeches. One thing was clear: the ministerial duo of Alan Kelly and Paudie Coffey will not be inundated with Christmas cards from Kilkenny this year.

On Wednesday, Cllr Eamon Aylward (FF) had said Ferrybank and south Kilkenny could be developed in a sustainable way without a change to the boundaries.

“We have constantly looked for meetings with Waterford,” he said.

“Just one Waterford councillor showed up when we finally got a meeting. That shows you what interest they have in Ferrybank.

“But this is coming from the Minister, and Paudie Coffey seems to be leading the charge,” he said.

“We all know where he’s from.”

A visibly angry councillor Ger Frisby (FF) said he ‘didn’t feel comfortable in his chair’, and said Coffey and Kelly should resign over this.

“I have lived in Slieverue all my life – it is my home, the culture, the heritage. Alan Kelly and Paudie Coffey don’t live in Slieverue. But with the swing of a pen they are trying to change people’s lives.

“I’m disgusted. I have nothing against Waterford – my father grew up there, I have friends there. But the people of Waterford aren’t looking for this either. It’s an absolute disgrace.”

The councillors are also worried that Kilkenny will end up losing Belview and the all-important port, where significant investment has been made by Kilkenny County Council in recent years.

“I can’t believe that this is happening,” she said.

“It is so annoying that it has been put upon us. The implications of a takeover are massive – for the region, our culture and heritage.

“Kilkenny purchased land in Belview to make it happen. Waterford didn’t buy into that. Now that all the work has been done and the heavy lifting has happened...

“It is thousands of acres. If this change happens, even the provinces will change. Those areas will go into Munster? It is a shocking development.”

Earlier in the week, she had said the establishment of the boundary committee amounted to an ‘attack’ on south Kilkenny.

“How much of Kilkenny do they want? Is the monster going to raise its head again? Are we going to see another map in ten years time?”

Aside from the above, there is considerable irritation about the timing of this. There is worry about the cost and time that will have to go in to preparing a submission, and the toll this will take on council finances and staff resouces.

Cllr Pat Dunphy (FG) said a lot of people going to be upset about what was happening.

“We haven’t caused it or looked for it,” he said.

“And we will fight for what is ours. I know that we are all as one here.”

He said that having to deal with the boundary commitee over the coming months could seriously curtail the council’s other work.

“This is a worrying development. It is probably far more worrying than the previous time,” he said.

“There are far more important things they should be looking at – we have a housing crisis, and other crises – and they are talking about a boundary extension? The amount of money and resources [that will be needed] for this. I actually can’t believe it. It makes no sense whatsoever.”

Rather, said Cllr Dunphy, Kilkenny County Council should consider seeking a return to the original boundary along the middle of the river.

Cllr Eamon Aylward said he supported this call for a counter-proposal to make the river the boundary. He also said an oral hearing should be insisted upon.

“There is an awful upset in the community over this,” she said.

“I have had emails, Facebook is inundated. We need to re-assure people that we can put in a submission, and they can have consultation. We will fight for south Kilkenny.”

Cllr Tomas Breathnach (LAB) called for a regional approach to the issue. He noted there was a reference to potential financial implications in the boundary committee’s terms of reference, but no reference to the sense of identity and community that people have.

Cllr David Fitzgerald (FG) said that the core objective of Kilkenny County Council was to promote the economic and social needs of Kilkenny. He said that, if it had failed in this, Belview and the Ferrybank area would not have seen investment or development.

“We have been successful in south Kilkenny, Waterford City and County Council has not.” He added that, given the seriousness of the situation, it was essential to have an oral hearing. He said that if the boundary committee was to refuse one, Kilkenny County Council should seek a judicial review and have its day in court.