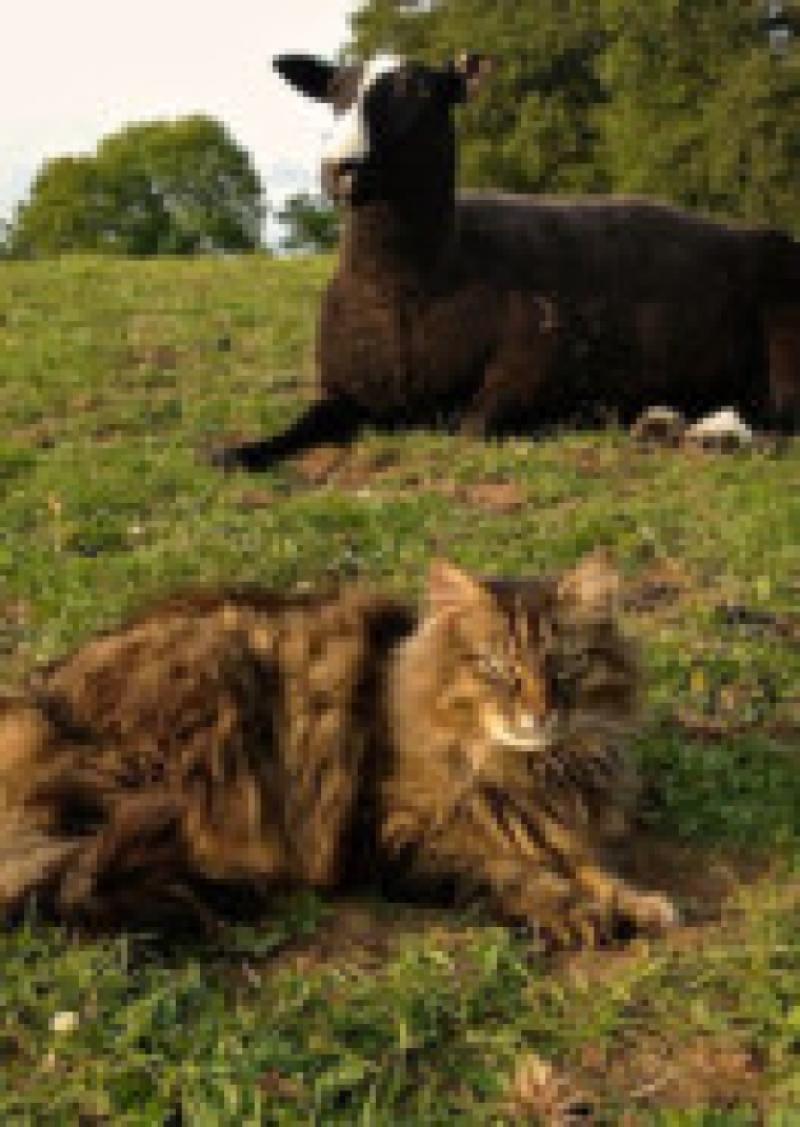 The moment you meet Bodacious, you realise this cat has got serious attitude.

The moment you meet Bodacious, you realise this cat has got serious attitude.

The farming feline who doubles up as a sheepcat has been helping gregarious Suzanna Crampton on her farm at famous Maidenhall, Bennettsbridge for the last number of years. He has his own blog which has taken off and a series of childrens’ books based on his exploits is in the offing. He is a culchie version of Garfield, better looking and harder working and his owner just adores him.

Asked if Bodacious really is a good shepherd, Suzanna, a granddaughter of writer Hubert Butler, replied that she could not farm without him.”When it’s 3am and I’m out there alone in the dark, waiting for a ewe to lamb, he’ll sitting there in my lap purring, that’s what keeps me going. Psychologically he is very helpful,” she said.

“As cat shepherds go, Bodacious is at the top of his field. He’s assisted in lamb births, barbed wire sheep rescues and hypothermia resuscitations, to name a few and isn’t easily rattled not even by thundering horses’s hooves.”

He gets on great with the sheep and they seem to know that he’s the boss. “The ones he knows, he’ll go up and head butt them, have a conversation. Tell you one thing though — he’ll take no truck from no one. If anyone is getting too bolshy, he’ll reach out and give ‘em a right smack,” Suzanna admitted.

“And he’s got a great relationship with young lambs and looks out for them. And when they’re full-grown they have nice calm conversations with him. It’s just that in-between age when the sheep get bolshy and out of line,” Suzanna said. Cat shepherd 2015 Calendars and cards can be bought online or at Stone House Books in the City & Jerpoint Glass.