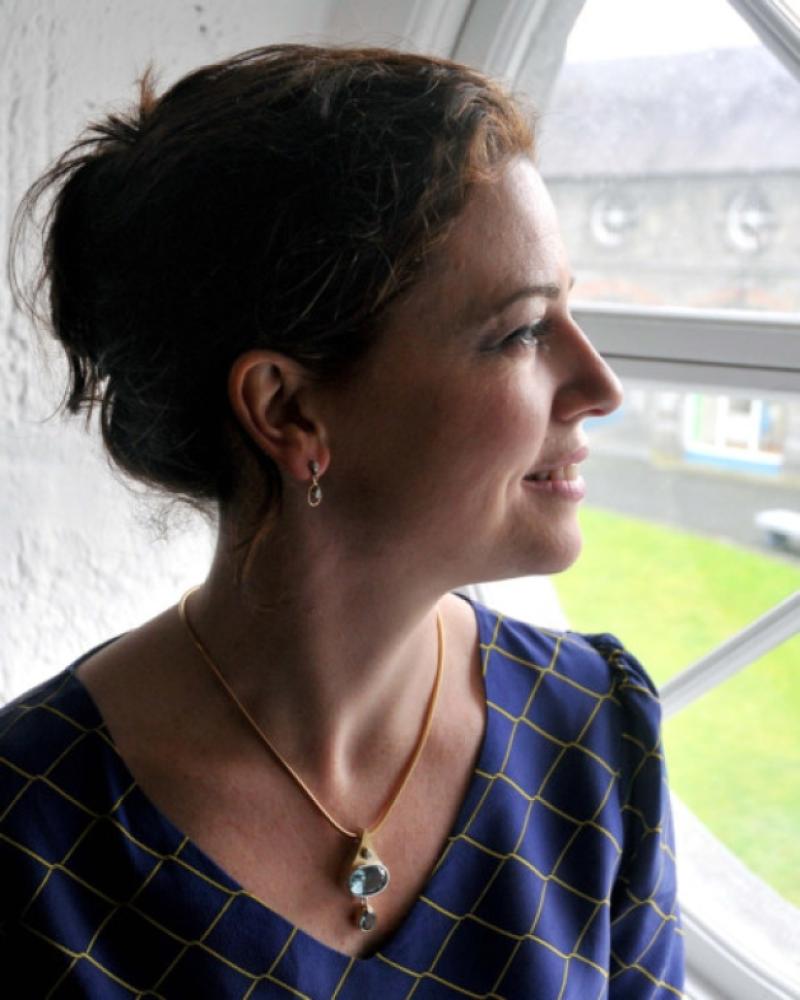 Goldsmith Yvonne Ross has been incredibly busy for the past three weeks coming up with the designs and creating jewellery to wear at the Oscars this Sunday night.

Goldsmith Yvonne Ross has been incredibly busy for the past three weeks coming up with the designs and creating jewellery to wear at the Oscars this Sunday night.

The Wicklow native, who now considers the Marble City her adopted home was thrilled when her fiancée Paul Young was nominated for an Academy Award along with Tomm Moore for their work on the film - Song of the Sea.

In less than a month she has created exquisite pieces both for herself and Liselott Olofsson, who is the wife of twice-nominated director, Tomm Moore.

Both women will walk down the red carpet wearing hand-crafted pieces, inspired by the film.

“It has been a very tight schedule - to make five pieces in three weeks. The design process took some time and obviously there was a personal invested interest in it,” she said. Yvonne will wear a royal blue Elaine McGovern dress to the ceremony which will be the perfect backdrop to a stunning necklace she designed.

“All the pieces were water inspired and are very much linked to Song of the Sea. I designed little water drop earrings for myself to mimic the pear shaped aqua marine necklace. I used a natural blue topaz and it had a lovely steel blue metallic colour.

“Song of the Sea is a really beautiful film and the art house animation that they do at Cartoon Saloon is really inspirational. I am really excited about Sunday,” said Yvonne.

Meanwhile Liselott will wear a dress designed by Jennifer Rothwell and tanzanite earrings and a large dress ring designed by Yvonne Ross.

“I liked that Jennifer Rothwell’s work is based on Irish design and mythology. Her inspiration for the dress was based in the Harry Clarke stained glass windows.

I thought it was very fitting as Song of the sea was inspired by the mythology and stories,” said Liselott.

The 87th Academy Awards will take place this Sunday in Hollywood.

Song of the Sea is nominated in the Best Animated Feature category.

For more on the work of Yvonne Ross see www.yvonneross.com. Yvonne will open a workshop/gallery in RoseInn Street in March.