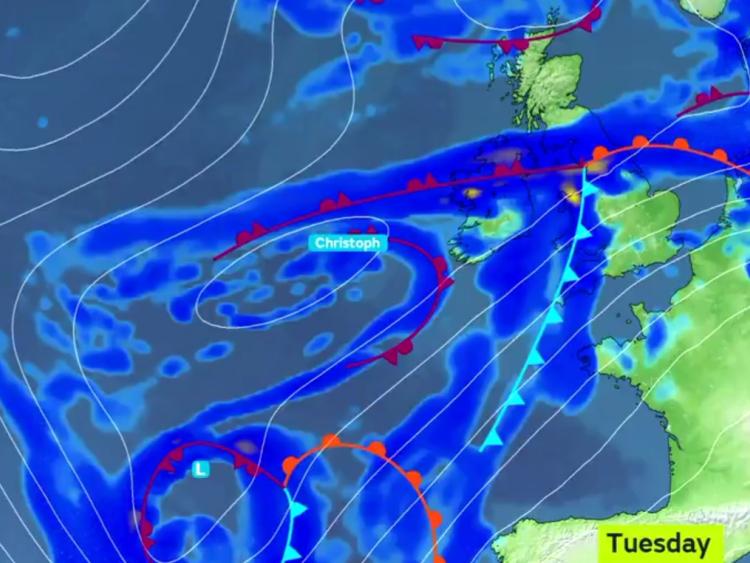 Met Eireann has warned that widespread heavy rain across the country swept in by Storm Christoph will put some areas at a risk of flooding.

The forecaster has issued Status Yellow rain warnings ahead of the storm named by Met Eireann's official forecaster in the UK - the Met Office.

Met Eireann says Tuesday will be wet and breezy in the morning with widespread rain. It will be heaviest over the northern half of the country with a continued risk of localised flooding.

The rain will be more intermittent and showery in the south during the afternoon, but there will be some heavier bursts at times.

At present Kilkenny has avoided the Status Yellow weather warnings that are currently in effect for northern parts of the country but this is subject to change.