Most local schools ever to represent Leinster 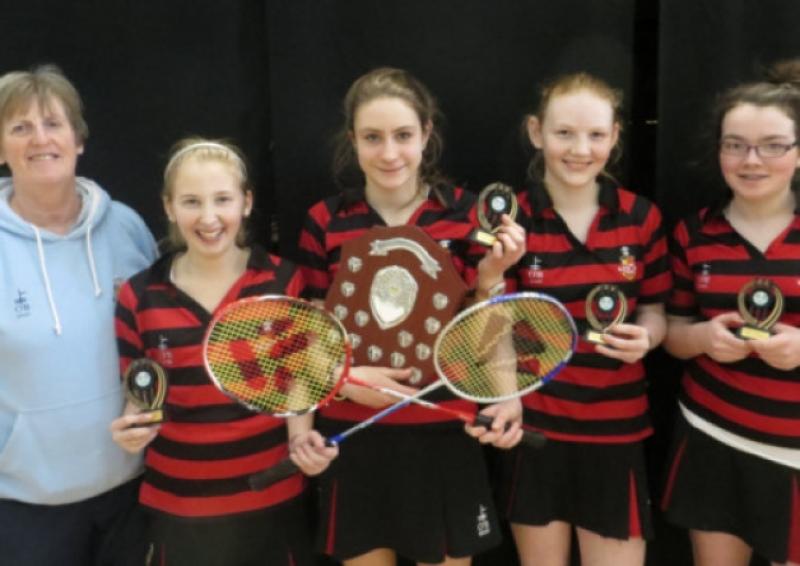 For the first time ever, four teams from schools in Kilkenny have won Leinster titles in badminton to qualify for the All-Ireland badminton finals in Gormanstown College on March 20.

For the first time ever, four teams from schools in Kilkenny have won Leinster titles in badminton to qualify for the All-Ireland badminton finals in Gormanstown College on March 20.

With the u-19 Leinster event yet to be held, there is still a chance that Ballyhale and Johnstown might join the others. Prior to this year, the most Kilkenny schools to take part in one year was two.

Already qualified are Colaiste Mhuire Johnstown’s u-16 boys, two Loreto Kilkenny teams at u-16 Division 1 and 2, and then this week Kilkenny College Boys u-14 qualified after a very close final. Previously, Kilkenny College had managed two excellent wins over local rivals in both girls’ and boys’ badminton.

Some 26 teams representing schools from throughout the county fought it out for the u-14 schools titles in the Watershed earlier in the month. It was good to see teams from Colaiste Pobail Osrai competing, as well as the return of teams from Grennan College Thomastown  and Mooncoin.

The girls from the ‘College also were in full swing, winning their event; the second team came in just ahead of Loreto following a count of points being level on games. The huge numbers of teams is wonderful for local badminton, which is very strong in some clubs and is also being played more in schools.

The B girls was also won by Kilkenny College, with Scoil Aireagail Ballyhale coming in a close second. Both A teams went on to Leinster where they won Div 2 and  St Kieran’s Div 3.)

Kilkenny College girls travelled to the Leinster Competitions and performed well but Dundalk went on to grab the All-Ireland spot.

The co-ordinator for schools badminton in Kilkenny, Heather Sharman, said that this year saw the biggest entry ever for school events all held in the Watershed, with 12 schools from around the county participating.

“It shows the great work done by the Kilkenny junior clubs as well as work done by the school staff in promoting the sport of badminton and teams such as these come along in waves when you get four strong players in the one age group,” she said.

“So hopefully an All-Ireland title may head this way; the last one won by a local school was in 2010 when Kilkenny College won the boys  u-19 title.”