Bruce on fire at first gig 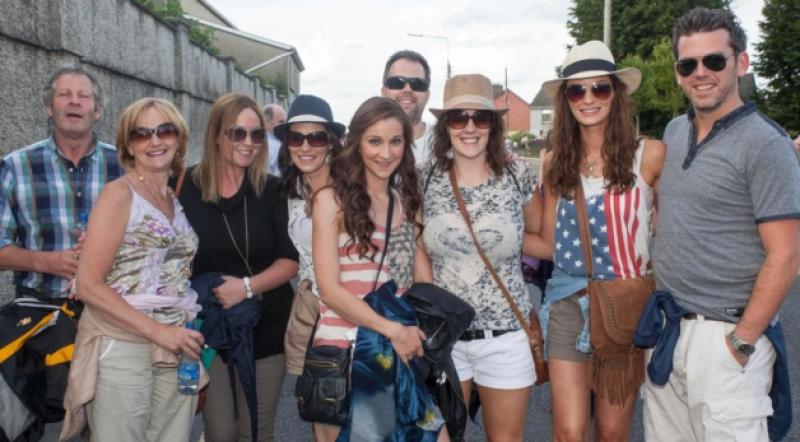 In the palm of his hands. Bruce Springsteen and the E Street Band rolled in to Nowlan Park on Saturday evening and had thousands of fans simply wanting more.

In the palm of his hands. Bruce Springsteen and the E Street Band rolled in to Nowlan Park on Saturday evening and had thousands of fans simply wanting more.

The New Jersey born rocker wowed the crowd with a power packed performance of over three and a half hours, leaving fans begging for more - and tickets for the following night.

From early that afternoon fans streamed to Kilkenny to be there for the penultimate show of his European Wrecking Ball tour. And what Bruce gave to Kilkenny it was clear that fans were willing to give it back. After an opening hour of more recent releases highlighted by ‘Wrecking Ball’, Springsteen went through the entire ‘Born in the USA’ album.

This was special. Long gone are the days when Sherwoods sold Springsteen’s Born in the USA album on its release just inside the front door. Bruce referred to those days in 1985 when he played Slane Castle - a real turning point in his career. It was clear his affection for his Irish fans, and we didn’t let him down.

Songs like ‘Glory Days,” I’m on fire” and ‘Bobby Jean’ drew an intstant reaction from the crowd and all this just halway through a pulsating performance.

‘Born to Run’ simply rocked Nowlan Park to its very foundations as Bruce mingled more and more with the crowd, before the familiar opening chords of ‘Born to Run’ saw an explosion of emotion throughout the grounds.

Glen Hansard joined Bruce on stage for a duet - a really special moment.

By now, Springsteen, at 63 was motoring. Shirt off, doused in water, hanging off microphones and dancing with three suitably dressed ‘Blues Brotehers spotted by guitarist Steve Van Zandt, Springsteen left nothing behind - he was simply amazing.

The E Street Band were now in full flow and what a conclusion to the night - ‘Shout’ had everyone out on their feet as Bruce and the band walked from the stage - only for five seconds of darkenss before The Boss came back out, with guitar, harmonica and a spell-binding rendition of “Thunder Road.’

A night that will never be forgotten. A spell-binding performance, a special show for over 30,000 fans.