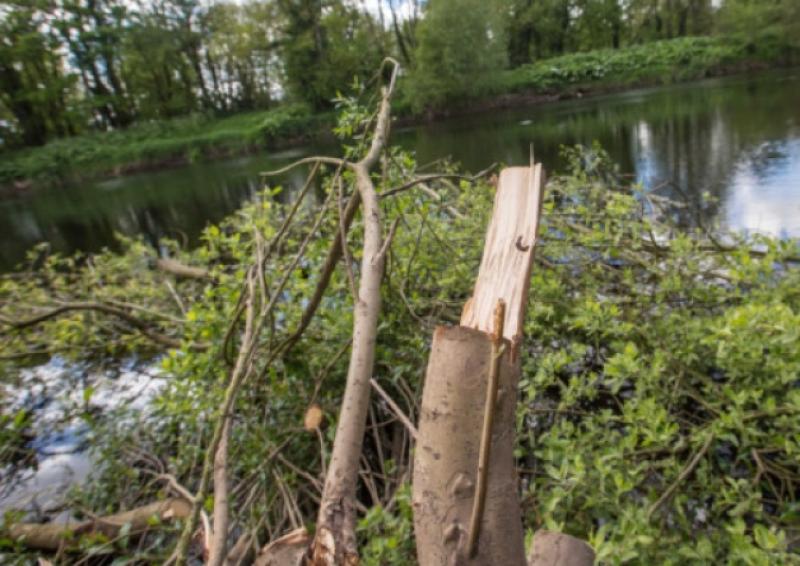 LOCALS are up in arms over a spate of vandalism and anti-social behaviour taking place along one of the city’s most attractive amenities.

LOCALS are up in arms over a spate of vandalism and anti-social behaviour taking place along one of the city’s most attractive amenities.

The new riverside boardwalk at Lacken only opened in March of last year, but it is already under attack from thugs who are showing little regard for the people who enjoy walking along it or admiring the beauty spot. Young trees are being callously sawn down by the dozen, life buoys are being flung out into the river, and barbed wire is being used to section off areas on one side for horses.

On Wednesday last week, the two life buoys at the river just off Maudlin Street were visible – floating in the debris in the middle of the River Nore. Freshly sawn-down trees were in evidence at several spots along the scenic route. The trees had been cut and then pushed into the water.

According to some locals, fishermen are in many cases responsible for this activity. They are chopping the trees to gain unhindered access to the river.

In one spot, over a dozen small trees have been sawn or hacked away to clear a large space. One regular walker, Margaret Lanigan, has seen some of the transgressors at work.

“I saw two fishermen at it the other night. They had fishing rods and a saw.”

The practice has deeply upset a lot of people. They feel it is detracting from the area’s natural scenic beauty.

“There was bushes up the whole way along here at one point; now they’re gone. There’ll be nothing left soon.”

The walkway, which cost €110,000 to construct, features a ramped wooden boardwalk with fencing and handrails, as well as picnic tables and seating along the route.

“It is just not on with all the money that has been spent to develop this amenity. A lot of people come down here to enjoy the surroundings, and trees are being cut down by vandals.

“All walkers need to be vigilant for this sort of activity, and get on to the Gardai or the council when it goes on.”

Cllr Malone has notified the relevant department of the local authority, and he has received assurances that signs will now be put up to discourage this kind of anti-social activity.

But it’s not the only practice that is currently blighting one of the city’s most pleasant walking routes. In recent times, people have also been putting horses in on the land, and sectioning it off as they see fit.

Near the beginning of the wooden boardwalk, someone has cordoned off a patch of land to one side with barbed wire. The wire is presumably both to stop horses getting out, and people getting in.

Further along – near Ossory Bridge – rope has been used to block off an exit/entrance to the boardwalk from an adjacent field, in which three horses graze on very little pasture.

It’s hardly the original vision of Hubert Butler, revived by Paul Cuddihy, the hard work of the local authorities and the project’s contractor Tom Beckett, who made every effort to preserve the scenic beauty of the riverside.