After 12 years at the helm, John Moloney to step down as MD of Glanbia Plc 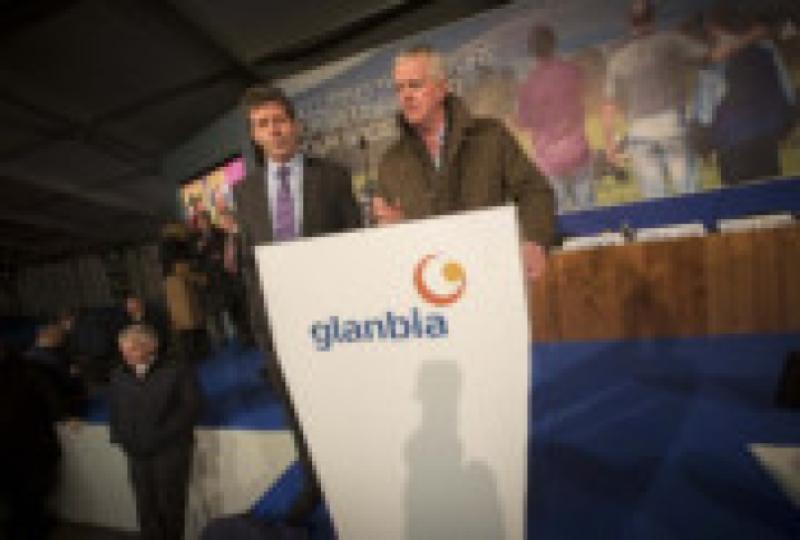 THE group managing director of Glanbia Plc, Mr John Moloney is to retire. The Board of Glanbia Plc, announced this morning that Mr Moloney had notified it that he wished to retire by the end of 2013, having been due to retire in 2014. The Stock Exchange has been informed.

THE group managing director of Glanbia Plc, Mr John Moloney is to retire. The Board of Glanbia Plc, announced this morning that Mr Moloney had notified it that he wished to retire by the end of 2013, having been due to retire in 2014. The Stock Exchange has been informed.

Over the last 12 years he has led the company from strength to strength making key strategic decisions like exiting the meat industry and concentrating on nutritional products and the US.

Mr John Moloney, said that after 12 years at the helm and over 25 years with the Group, he felt it was the right time for all concerned to pass the leadership of Glanbia to someone new. “I am delighted that Siobhán Talbot has been appointed as my successor. She brings a drive, energy, deep knowledge and commitment to her role that will move the Group to the next phase of growth and development. Together with the appointments of Hugh McGuire and Brian Phelan into new organisational roles, this is a major step in further developing Glanbia as a global ingredients and performance nutrition business. I am very proud of what has been achieved by the Group and will leave secure in the knowledge that we are in a stronger position than ever to capitalise on the competitive advantages we have today in high growth markets.”

Siobhán Talbot will become the first female leader of any of the major Plcs in the country. She will become Group Managing Director Designate from June 1, 2013 to ensure a smooth transition of the leadership of the Group. Glanbia will announce the appointment of a new Group Finance Director in due course.

Siobhán was appointed Group Finance Director and to the Board of Glanbia in 2009. She brings a wide range of operational, financial and strategy experience to her new role. Siobhán joined the Group in 1992, became a member of the Group Operating Executive in 2000, was appointed Deputy Finance Director in 2005 and her role encompassed responsibility for Group strategic planning until the end of 2012. She is a fellow of the Institute of Chartered Accountants in Ireland.

Hugh McGuire has been appointed to the Board as an Executive Director with responsibility for Global Performance Nutrition. Hugh joined the Group in 2003 and has been Chief Executive Officer of Performance Nutrition since 2008. Brian Phelan, who was appointed to the Board on January 1, 2013 as an Executive Director will take up the role of Chief Executive Officer of Global Ingredients, a newly formed business segment incorporating the US Cheese business as well as Global Nutritionals’ Ingredient Technologies and Customised Premix Solutions. Brian was previously Group Development & Global Cheese Director and joined the Group in 1993.

The appointments of Hugh McGuire and Brian Phelan into new organisational roles reflects the fact that today Glanbia has two well established nutritional platforms that cover both business-to-consumer and business-to-business nutritional products and solutions. The first platform is high-quality sports nutrition with a leading global portfolio of brands and market positions. The second platform spans large-scale cheese manufacturing and value-added nutritional ingredient solutions.

In addition, Billy Murphy, Non-Executive Director, will retire from the Board on June 1, 2013 having served 24 years. He joined the Group in 1977 and was Deputy Managing Director from 2001 to 2005.

Commenting on the changes, Group Chairman Liam Herlihy, said: “The Board is delighted that the leadership of Glanbia is passing smoothly into strong and capable hands, with a good period of transition. It is a credit to the Group’s succession planning that we have been able to appoint three very high calibre individuals from within. The Board is confident that we have the right leadership team and skills in place as we enter an exciting new chapter of global growth.”