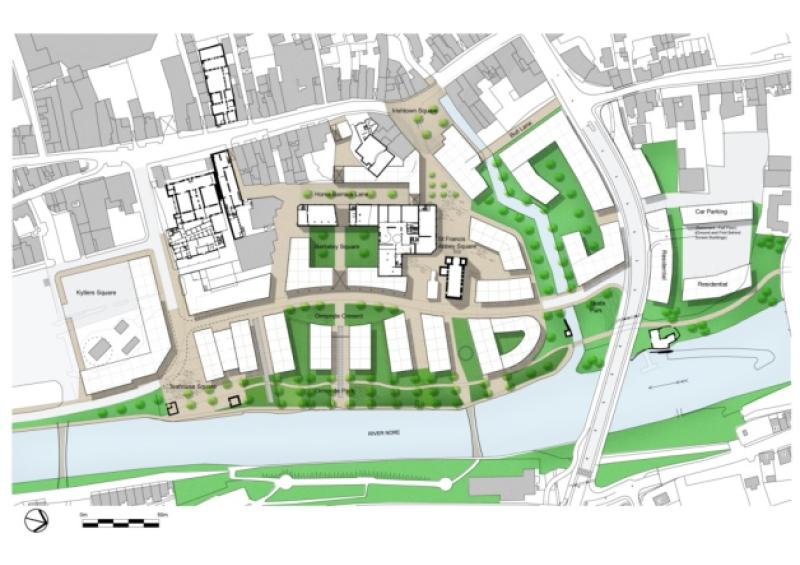 There is potential for 1,000 jobs to be created at the soon-to-be-vacant St Francis Abbey brewery site over five years, the county manager has said.

There is potential for 1,000 jobs to be created at the soon-to-be-vacant St Francis Abbey brewery site over five years, the county manager has said.

The 15-acre city-centre site, which will become available to the local authorities when Diageo shortly departs, is regarded as ideal for a new development comprising research/education, business, and public amenity. Proposals for a substantial development were unveiled on Monday.

County manager Joe Crockett has said that the combination of third-level facilities in the city, improvements to infrastructure, and the size and location of the site make it very attractive to foreign and domestic companies.

Representatives from the IDA have visited the site and are said to have been enthused over its potential. Mr Crockett has also been in contact with groups representing FDI companies, who have responded positively as well.

“I think we could have 1,000 jobs here in five years [of the site becoming available], and potentially another 1,000 five years after that,” he said.