Thumbs up for Boss from lifelong fans 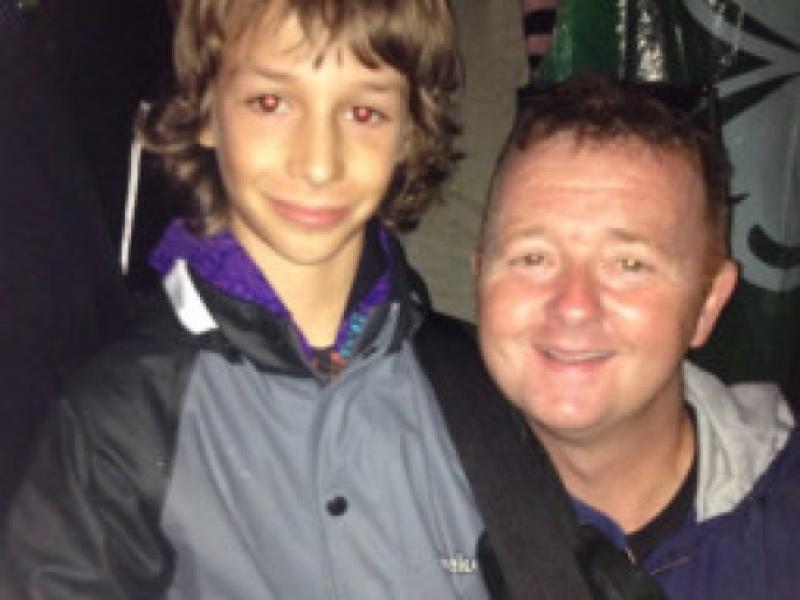 For some, it was their first Springsteen gig. Others went both nights, or maybe already had purchased tickets to Cork or Limerick before the Nowlan Park date was announced, and doubled up.

For some, it was their first Springsteen gig. Others went both nights, or maybe already had purchased tickets to Cork or Limerick before the Nowlan Park date was announced, and doubled up.

Some of us are small-time fans, some are Springsteen bandwagoners. And then there are the die-hards – those who have been to all sorts of gigs, over decades and international borders.

‘Comer man John Coogan is one such individual. Sunday night was his 25th Springsteen concert (and Saturday, his 24th) but to have his hero here in Kilkenny made it just a little bit more special. He was in Nowlan Park at 12pm on both days, and was in the pit, up front by the time 7pm rolled around. Naturally, he went to the Cork and Limerick gigs too.

“That was the start. I’d say the show in Limerick was better than Cork,” he says.

“Again, he played all of Born to Run. It would be one of my favourite albums, that and Darkness at the Edge of Town.

He even spent Thursday afternoon out at Mount Juliet, staking out the hotel and hoping to catch a glimpse of the Boss.

That occasion did not present itself, but the opportunity to hang out with the E-Street Band did.

“They had just flown in and were outside,” says John.

“I was talking to them, I went up and thanked them. I told them I had been following them and loved the shows, the music. They were very chilled out, lovely, and very approachable. I said ‘thank-you for 30 years of great music’.”

He spoke to Springsteen’s manager, Jon Landau, and shook his hand. Later, he spotted two band members, Charles Giordano and Garry Tallent walking up Rose Inn Street. Once again, however – and not for lack of trying – he didn’t manage to run into Springsteen.

“Unfortunately, I was in Cleere’s when he was bowling so I missed that one,” he says.

“Jimmmy Doyle met him though early on before the word had got out – there was only about 10 of them. He’s a massive fan as well. It’s just the luck of the draw. He’s close, but he’s always just out of arms reach.”

John has been a fan since 1983. He has seen the music evolve, and the band change over the years.

For many lifelong Sprinsteen fans, there will always be a Clarence Clemons-sized hole when the E-Street band play; no artist of any physical stature could replace his presence. John, who reckons that Springsteen was in tears during his performance of Jungleland, says that Clarence’s nephew does an excellent job.

“The first time afterwards and I saw them in Dublin a year ago, and yes, you did feel it.

“He was always there on the same side everytime – Bruce’s right hand side. And it was a big thing for him to go up there again, or to go on tour. But Jake Clemons is fitting in to his shoes. if you close your eyes, you’d think [Clarence] was up there.”

John pays tribute to Aiken Promotions, for what he says was a trouble-free concert, well organised with good parking facilities. He is also prepared to see The Boss in action many more times, and is hopeful that one of these occasions will once again be in Kilkenny.

“He definitely will be back, but I don’t know in what form. They might scale down the band a bit, or change some things around, but he will be bacK,” he says.

“I had a fantastic two weeks, all the build-up, everyone texting each other and ringing saying ‘he’s here now’ or ‘he was just seen here’. To have him five miles down the road, I couldn’t believe it when it was announced. You’re travelling all over to see him, but to have him here was an unbelievable experience – the biggest rockstar in the world.”