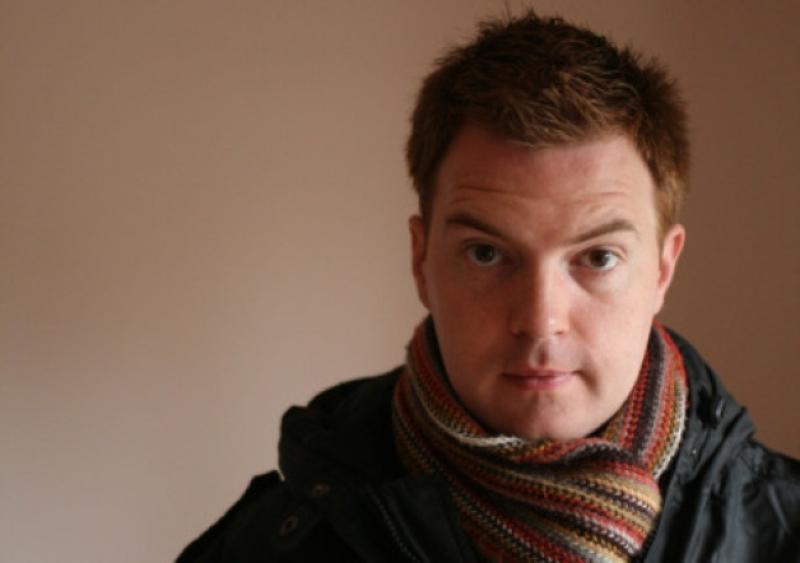 Bernard O’ Shea’s family were not expecting him to appear on the Late Late Show a fortnight ago, where he charmed Ryan Tubridy and the audience, and gave a special shout out to his mother watching in total surprise at home.

Bernard O’ Shea’s family were not expecting him to appear on the Late Late Show a fortnight ago, where he charmed Ryan Tubridy and the audience, and gave a special shout out to his mother watching in total surprise at home.

“Shock and awe is how I would describe it,”  he laughs.

“They didn’t know I was going to be on, and my brother was supposed to be recording their reactions but he was late getting there. I didn’t curse though! She was petrified that I would – that’s why I didn’t tell her I would be on.”

His appearance at the Cat Laughs this year will be the first for some years, but he is no stranger to the festival. And it’s almost a home gig for the Durrow native. Without revealing too much, what can audiences expect from him?

“Without giving too much away, nakedness and fire. And exits,” he says.

“That’s without giving too much away. And rabbits. And a shovel. And a harp. That’s all I’ll say because I don’t want to give too much away. A ladder. Hard hats. Hard hats and high-vis vests. I can’t say any more – Club Orange. And Bon Jovi.”

When asked who he himself is looking forward to seeing, he can’t resist the chance to have a pop at his comedic (and footballing) friend and rival.

O’ Shea got into comedy in college. His friend was organising a cultural night with a comedy competition. But nobody entered the competition, and so O’ Shea (heroically) stepped in. His prize was e50 and a pint of Harp. Transferring those comedy skills to television, he says, has brought with a fresh set of challenges.

“It’s been more of a learning curve,” he says.

“It’s like starting stand-up all over again. Just because you can make people laugh doesn’t mean you can just go on TV and make it work.”

But evidently he has made it work, because much of the modern homegrown company bears his imprint on it somewhere. His television credits include the Republic of Telly, Naked Camera, The Panel and so on. Recently, he is putting his efforts into a televised nationwide search for Ireland’s best new stand-up talent. With 25 acts and five weeks of heats, it has turned up a few gems.

“It’s an opportunity for newer stand-ups to get out there and try the real thing. The standard has been so high – higher than when I was  starting off.”

The programme is on RTE on Tuesday nights at 10.45. Bernard O’ Shea will play the Set Theatre on Friday, May 31; the Ormonde Hotel on Saturday, June 1; and Hotel Kilkenny on Sunday, June 2. For more information, visit www.thecatlaughs.com or call into the box office on John Street, Kilkenny.