Bruce: ‘We will be back’ 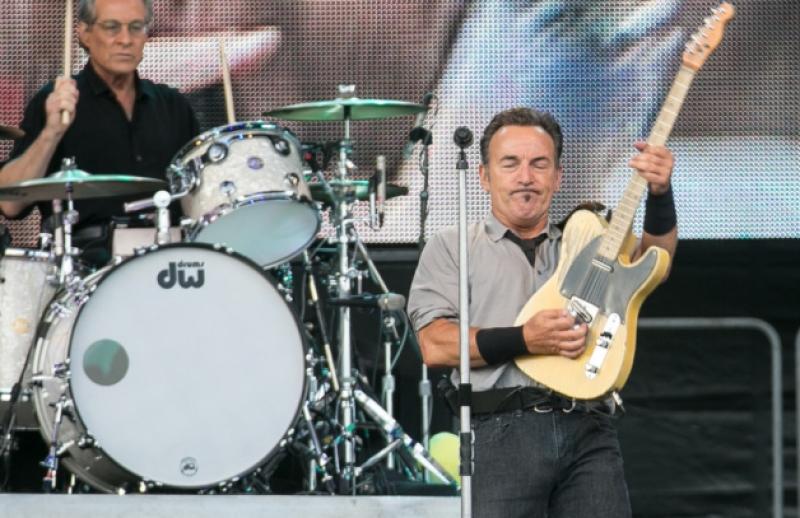 He’s gone for now, but not forever. Around 60,000 people passed through Nowlan Park’s gates over two nights for Bruce Springsteen, and many of them are hoping it won’t be the last time.

He’s gone for now, but not forever. Around 60,000 people passed through Nowlan Park’s gates over two nights for Bruce Springsteen, and many of them are hoping it won’t be the last time.

“We couldn’t do this without you,” roared the 63-year-old rockstar at the end of his set on the final night in Kilkenny.

“We will be back, and back and back.”

It was the last concert of the five-gig Irish tour, brought to a close in Nowlan Park, the headquarters of Kilkenny hurling – the prestigious institute that had suffered such a blow in the hours previous. The concerts were undoubtedly a huge boost for the county board, and the stadium as a venue was universally praised.

It was a massive coup for the whole city, with thousands of revellers flocking to the various establishments and watering holes as part of the Wrecking Ball Weekender. Pubs and restaurants were packed the whole weekend, while many B&Bs, hotels and hostels were booked solid for the past two months.

On Saturday, the audience got the entire ‘Born in the USA’ album, while on Sunday, Springsteen he played the ‘Born to Run’ album.

1. This Little Light Of Mine

2. My Love Will Not Let You Down

6. Death to My Hometown

14. Every time that you walk into the room

21. Meeting Across The River

24. Land of Hope and Dreams

31. This Little Light of Mine