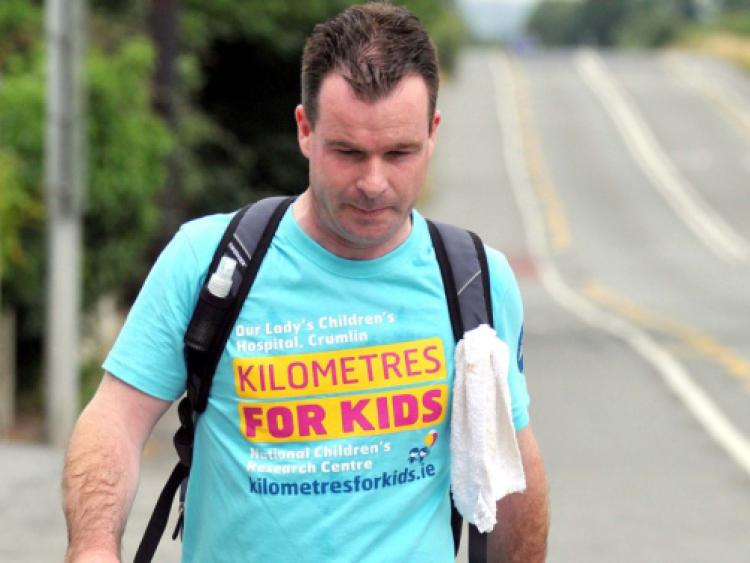 A local man is going to walk from Goresbridge to Derry to raise funds for the children’s hospital in Crumlin.

A local man is going to walk from Goresbridge to Derry to raise funds for the children’s hospital in Crumlin.

John Maher has meticulously planned out his route, which involves nine consecutive days of walking, covering around 23 miles each day.

He will leave Kilkenny on August 9, and head along the River Barrow for the first three days as far as Rathangan in County Kildare. Then, it’s out onto the roads towards Edenderry, Ballyjamesduff in Cavan, and Clones in Monaghan, before he crosses the border into Fivemiletown, Tyrone, and Gurteen, before the final trip to Derry.

He will do the journey alone, staying overnight in various spots and starting each morning at 7am. He’s been working at it for weeks.

“I train along the Barrow line, because it’s very nice to walk,” he said.

To donate, contact John, or see the sponsorship card available in Goresbridge post office. Alternatively, donate online at http://cmrf.org/sponsorshipPage/show/1405 the link on Crumlin’s web page and it is under ‘Derry Walk’.