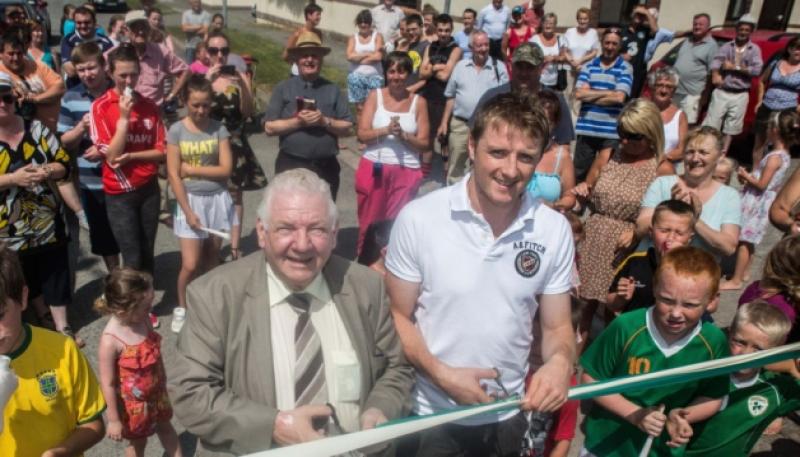 For years, this was the vision for a two-acre patch of wasteland between two estates, and now it has become a beautiful reality. In 2011, chairman of the local Tidy Towns group Martin Colleton entered a competition with Super Valu called ‘Get your hands dirty’. The group won €15,000, and this was boosted by a further grant from Kilkenny Leader Partnership.

The two-acre piece of land had to be reclaimed however; it had become enormously overgrown and had been used by some people to dump waste. Machinery moved into the plot in 2012, and work began.

The project received help and support from a young mens’ group in the Mill Family Resource Centre also.

Now, the garden has opened and can become source of food produce for the town. Two polytunnels are in operation, one of which is used by the VEC.

“The garden is looking fantastic – we now have seating and trees,” says Martin.

“It was our wish for years and now it will be great for the community.”