Householders to be asked for proof of bin compliance 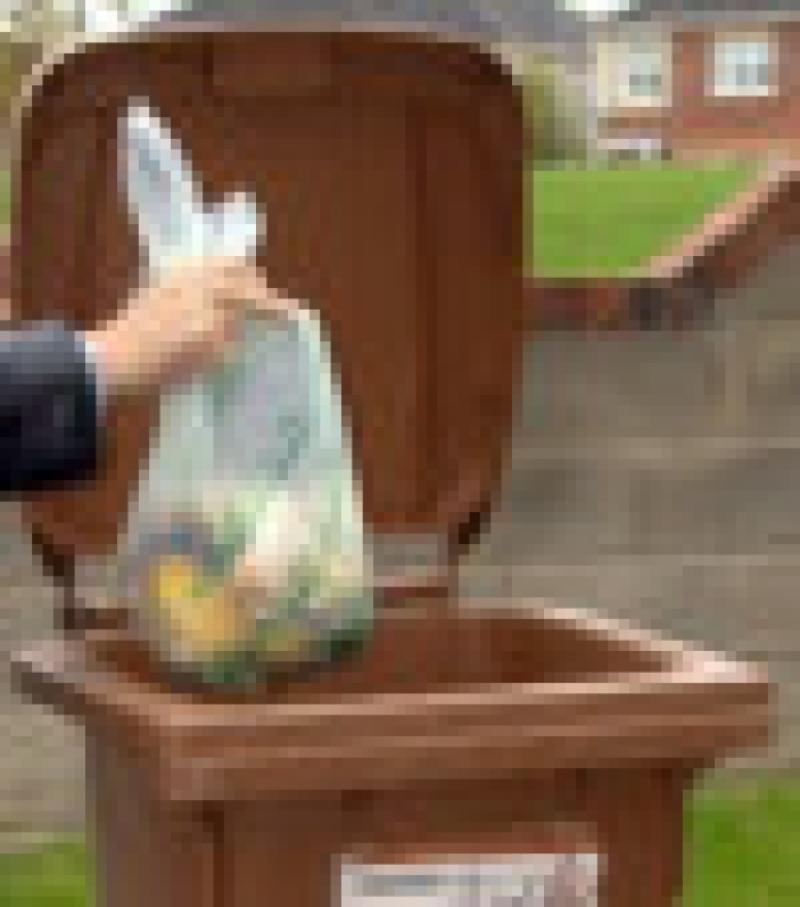 ‘Waste enforcement officers’ will go door to door in Kilkenny City next year to make sure people are complying with a new law which will make having a third bin or new means of waste disposal mandatory.

‘Waste enforcement officers’ will go door to door in Kilkenny City next year to make sure people are complying with a new law which will make having a third bin or new means of waste disposal mandatory.

Under a new EU regulation, households within the Kilkenny City area will be legally obliged to segregate food waste from their landfill waste from this January onward. Waste collectors operating in the area are obliged to offer a third bin to enable householders to meet their legal requirement, but customers will be footing the bill.

The local authority has said that door to door enquiries will be carried out by ‘waste enforcement officers’ next year to see if residents are complying with the new regulation. Receipt of payments relating to waste management should be kept as proof.

If householders are using another means of waste disposal, they still have to meet the requirement to sepearate food waste from general landfill. People using a recycling centre, can ask about a provision for the separation of foodwaste if the landfill accepts general refuse.

Both the council and private waste disposal companies operating in Kilkenny are facing a huge challenge to have the new services up and running in Kilkenny City by January 1, a little over two weeks away. Many householders had no idea this was even happening until a story in last weeks’ Kilkenny People.

Kilkenny Green Party county councillor Maclolm Noonan says that householders should not be forced to pick up the tab for the service as waste and recycling collection charges here are already high and a disincentive to recycling.

“Waste charges are still high in Ireland despite the fact that Irish householders and business are amongst the top recyclers in the EU,” said Cllr Noonan.

“While the third bin represents an imposition for contractors, they have had a long time to invest in infrastructure and with composting facilities available in the region, should be able to absorb the cost without imposing further costs on customers.”

A fine structure is in place to penalise non-compliant householders.

The borough’s service sees users buy bags which are then left out for collection, and a third bag will have to be added to this.

“I have consistently pointed out ahead of successive budgets that if the borough service were to introduce a brown bin service ahead of private operators that we could compete with them,” says Cllr Noonan.

“Maintaining a municipal waste collection service is essential for market regulation, competition and preventing monopolies in the waste industry. My fear is that if the borough service goes, prices will escalate for householders and commercial consumers.”

The council has also revealed that the ‘brown bin’ requirement will be enforced in other areas in Kilkenny in the coming months. Thomastown, New Ross Environs, Callan, Graignamanagh will all have to be compliant by July 2015. Ballyragget, Bennetsbridge, Castlecomer, Freshford, Urlingford Gowran, Kilmacow, Moneenroe, Mooncoin, Paulstown, and Piltown will all see the extra bins rolled out in July 2016.