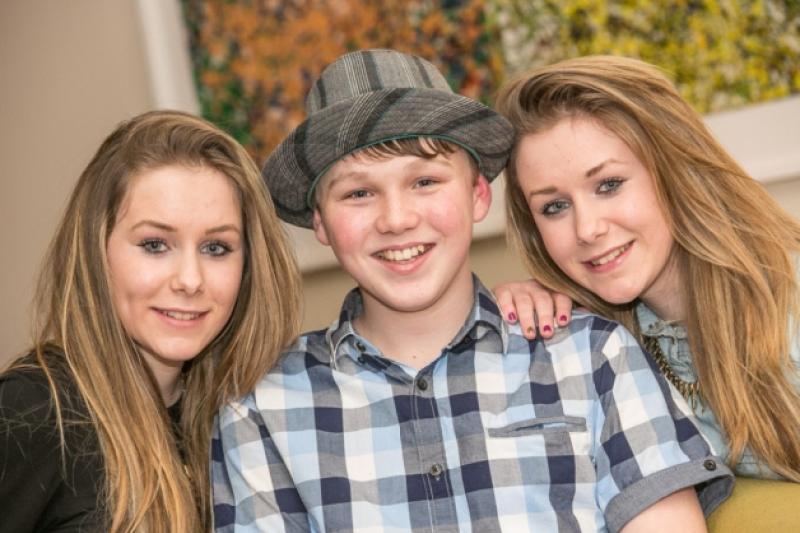 A young local busker has made it to the final 10 singers in a national song contest with his stunning cover of ‘Some Nights’ by American band Fun.

A young local busker has made it to the final 10 singers in a national song contest with his stunning cover of ‘Some Nights’ by American band Fun.

Jordan Butler, aged 14, from Loughboy, Kilkenny, was selected as one of the ten semi-finalists, out of almost 1000 entries from across Ireland. Many locals will be familiar with Jordan from his regular busking around the city.

The second-year student at CBS Kilkenny is a passionate musician and singer, and is also a former winner of the Thomas Moore competition. Now he needs Kilkenny’s support in his bid to win the Le Crunch Apple of My Eye song contest with Today FM.

The competition is a nationwide search to find the next undiscovered rising Irish star. Le Crunch asks contestants to choose a song that they love, to sing and record it, and submit it online to be in with a chance of winning part of €10,000 prize fund.

The public vote opened last Friday, February 21, and closes on Thursday just before midnight. To vote for Jordan, visit www.ouitolecrunch.com and follow the links.

Selected entries have been played on the radio each day during the competition. With the aid of a public vote, five acts will be chosen to perform at the national final in the Sugar Club in Dublinon March 7, which will be broadcast live on the KC Show.

Finalists will perform live on stage in front of the panel of judges and 150,000 KC Show listeners.

Royseven, RTE star Paul Walsh, and songwriter Roisin O are the judges who will decide the winner of the contest.

It’s not the only competition that Jordan, who has three brothers and one sister, is trying to win at the moment. He’s also managed to book a semi-final spot in the All-Ireland TeenStars competition. That semi-final will take place on March 22 at the Westgrove Hotel in Kildare.

Jordan has a fan page on Facebook, where video diaries and some music are posted. The link to Jordan’s version of ‘Somenights’ by FUN can be found here: http://www.youtube.com/watch?v=XOh5CFXIVSU.