Anthology captures the uniqueness of Clogh in words 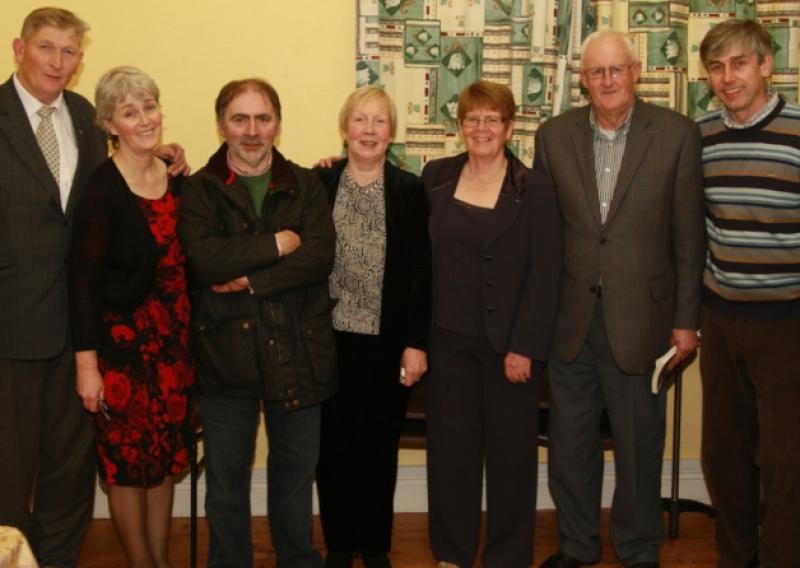 Over 100 people attended the launch, where they were transported, by the written word, through the local townlands in and around Clogh, Moneenroe and Castlecomer and into the neighbouring borders of Laois, Carlow and Kildare.

The evening’s readings entertained and moved everyone, reflecting on love, loss, laughter and wonderful philosophical reflections on life which give us thought for reflection in our own hectic lives.

The main speaker, Portlaoise born bard and publisher, Pat Boran described how coming to Clogh is a deep connection to his father who hailed from Crutt. He reminded the audience of how important it was to describe and capture the unique language of belonging to a place, its richness of everyday life and how that was now captured in the Anthology’s words.

Attending the launch were the family and friends of four deceased members of the group Jo Kelly, Martha Kelly, Violet Madden and Michael Massey.

Their writing and valued contribution to the group’s development is included and honoured in the anthology through their collective passion for writing and words.

All proceeds from the Kilpatrick Anthology will go to the Carlow Kilkenny Home Care Team which was represented by Dr. Ian Wilson who expressed the Home Care Team’s gratitude that sales from the Anthology would contribute to the vital role the team plays in the community.

The Home Care team was established 25 years ago and in that time has made a huge difference in the lives of many people, facilitating people who are terminally ill, to die at home.

The Clogh Writer’s roup’s facilitator Jane Meally acknowledged all local businesses and individuals who generously supported the publication. Kilpatrick Anthology 2014 is for sale in Castlecomer in Mary Houlihan’s Book Shop, Houlihan’s Newsagents and the Credit Union. It can also be bought in Clogh Parish Centre, Kavanagh’s Pub and McCarthy’s and Wilson’s Shops, Clogh. New members are always welcomed to Clogh Writers who meet monthly on the first Wednesday of every month in Clogh Parish Centre at 8pm. For any additional enquiries on the publication and group email Jane Meally at janemeally@eircom.net