Something in the air around Knocktopher keeps ‘em young 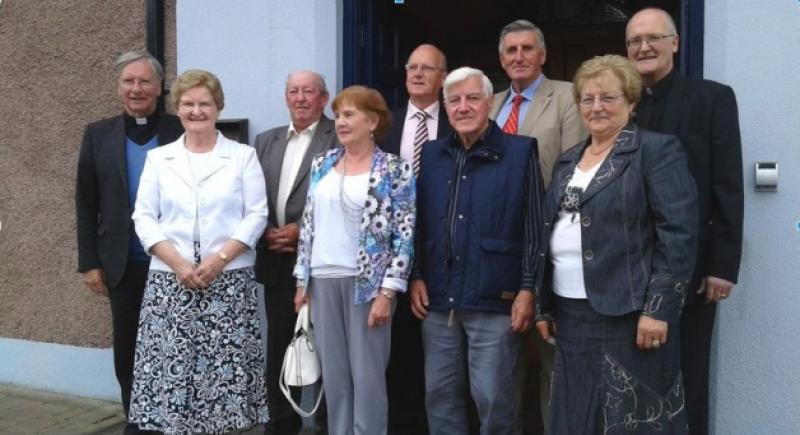 The former pupils of Knocktopher National School’s sixth class 1957-1958, had a reunion recently.

The former pupils of Knocktopher National School’s sixth class 1957-1958, had a reunion recently.

With an average age of just over 70 years, all attended and all are in rude, good health.

And more remarkable is that their teacher back 47 years ago, Master Power from Waterford was also there and in great form.

It led one of those present to celebrate the occasion to quip that there must be something in the air around Knocktopher keeping them young.

After the Mass in the Carmelite Church in Knocktopher the group took a stroll down the school lane to the site of the school, built in 1945, where they began their education outside the home.

Fr Norris explained that while the school buildings no longer existed, the memories were timeless.

“In it’s place is Highway Safety Developments Limited, a road signage company which just about sums up our initial journey in education and in life outside the home; primary school set us out towards the highway of life, by enhancing our overall development as a child, in a very safe environment, and where we never felt limited,” he said.

During the reception that took place in Carroll’s Hotel, afterwards, their former teacher, Mr. Power, recalled his experience as a teacher barely 20 years old and in his first assignment.

“I remember vividly the willingness of pupils to learn and the readiness of parents to participate in a programme that went well beyond the actual hours for school,” he said.

The good dispositions of the pupils made his years in Knocktopher both memorable and gratifying. They provided the ideal atmosphere for his first experience as a primary teacher.

In a particular way, he registered his joy that all of the class are still living and were able to attend the reunion, according to Fr Norris.

Leading the trip down memory lane was one of the celebrants at the Mass of thanksgiving, Fr Tom Norris who gave the sermon and remembered the great times he and his class mates had.

“I remember the friends we made; our First Confession, Holy Communion and Confirmation; the teachers who taught us in Knocktopher national school, and many other items such as Mr Power’s scooter or his racing bike on which he cycled from Waterford.

“Each of us could write a handsome autobiography to cover our lives: it would have to include the life-options we made, the resultant consequences, the emerging patterns. I recall going to school either by road or across the fields, and trying to learn the art of snaring a trout from the Arigle under the tuition of PJ Sullivan.

“When you think about the present, you realise it is the only time we have, The past has gone, the future may never arrive, and even if it does, it may be of an entirely different character.

“Still, we have the present: the secret is to live the present moment with vigour. As we do so, we will notice something special – a peculiar sense of fullness,” he said to his former school mates.

It was a Carmelite saint, Therese of Lisieux, who wrote, ‘You know, O Lord, that to love you I have only today.’ And so: to remember the past with gratitude towards the Lord, and, secondly, to live the present moment well and so before God and for God.

He finished the Mass with the words of Nelson Mandela: “As we are liberated from our own fear, our presence automatically liberates others.”