Hurling monument a tale that grows in the telling 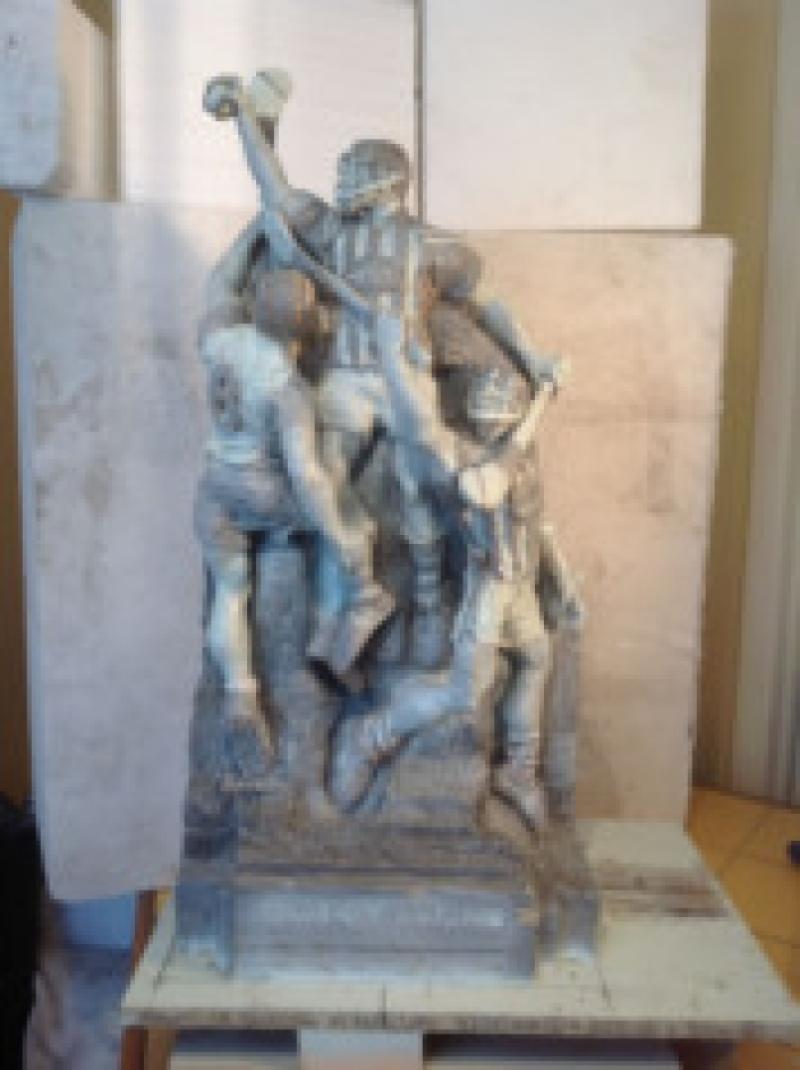 Kilkenny’s long-awaited hurling monument will now measure over 15 feet in height following a design re-think – but the cost has grown also.

Kilkenny’s long-awaited hurling monument will now measure over 15 feet in height following a design re-think – but the cost has grown also.

At the September meeting of the Municipal District of Kilkenny (KCMD), councillors heard that a new, bigger piece of limestone has now been sourced for the sculpting of the piece.

In 2013, the borough council began a tender competition for the design and sculpting of an art piece to honour Kilkenny’s hurlers. An assessment panel was put together, and the panel recommended a submission and concept by Barry Wrafter of Ennis, Clare.

However, the assessment panel have since recommended a number of design changes to the project, which have increased the amount of stone needed as well as the overall cost of the work. Most notably, the piece is now to an ‘in-the-round’ piece, with detail visible from all sides, as opposed to the initial ‘in-relief’ concept which has just one frontal dimension.

The statue will also now be 4.7m high, and the amount of uncut stone has increased by more than 30%. Costs have also risen for transport, labour, equipment, scaffolding and overheads etc.

Following discussions with the artist and examination of costs to date, the fee for the commission has now been increased to €95,385.40.

Speaking at Friday’s meeting, senior engineer Kieran Fitzgerald told the councillors that the new costing was reasonable for what he said looked to be ‘a superb piece’.

He has visited both Mr Wrafter’s workshop and a number of previous works he had completed. He said Mr Wrafter’s work exhibited ‘exceptional attention to detail’, and the members agreed to proceed with the project,

It looks like the sculpture will go at the bottom of the Parade, near the old horse trough. Sculpted into hard limestone from Kerrymount Quarries in Paulstown, it depicts a number of hurlers in an action scene, clashing in the air to catch a sliothar.

A sum of €60,000 was set aside for the project by the borough council. It is hoped that the additional expense will be covered by funds already accrued by Kilkenny County Council under the Percent for Art scheme.

The assessment panel was made up of then-county manager Joe Crockett, Mayor Sean O’ hArgain, Cathaoirleach of Kilkenny County Council Marie Fitzpatrick, and Pat Henderson, a member of the Municipal Policy Committee and hurling legend.