Romans had a strong influence on Kilkenny 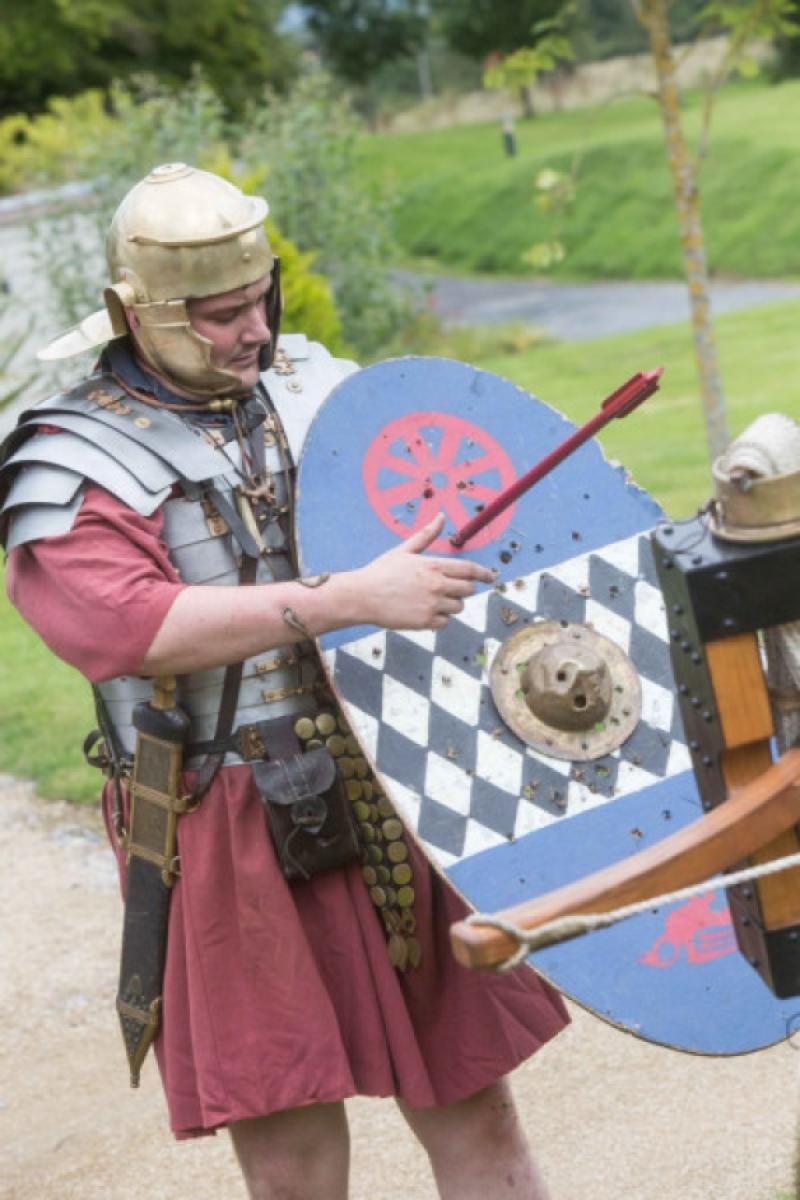 The Romans were frequent visitors to Kilkennys and this has been proven by sophisticated technology where the DNA of isotopes of bones have been analysed.

The Romans were frequent visitors to Kilkennys and this has been proven by sophisticated technology where the DNA of isotopes of bones have been analysed.

This is apart altogether, from the growing number of sites in Kilkenny including Freestone Hill, Clara and others excavated along the motorways that crisscross Kilkenny where Roman coins and other material from the 1st and 2nd centuries were found.

And in a fascinating lecture on Sunday in the Lyrath Estate Hotel as part of Heritage Week, Dr Jacqueline Cahill-Wilson explained that while Ireland (“Hibernia”) was never a part of the Roman Empire in military or political terms, the Romans had considerable cultural influence – that can be evidenced directly by the archaeology of the period.

She explained that in parts of Ireland, and particularly Kilkenny there appears to be direct influence and it has been significantly underestimated up until now.

“The concept of a ‘Celtic’ Ireland untouched by the influence of the Roman Empire has, been debated at length.

“The term ‘Celtic’ is a relatively modern construct, based on linguistic similarities and artistic parallels and it has been used to essentially homogenize the people who lived and died within whole swathes of Europe and the islands of Britain and Ireland,” she said.

“Yet from the 1st century AD in Ireland there is actually very little artefactual evidence that might be characterized by the term ‘Celtic’ or La Tène; rather what we have found is that there is an increasing body of evidence for finds that have the clearest parallels in the Late Pre-Roman Iron Age (LPRIA) and the Roman period in Britain, up to and including what is classified as Late Antiquity outside Ireland,” she added.

She brought with her Roman coins and pieces of pottery similar to ones found in Kilkenny at Freestone Hill and at a site on the new motorway outside Knocktopher.

There was also an exhibition by the The Roman Military Society of Ireland at Lyrath to coincide with the talk. The re-enactment society is dedicated to portraying all aspects of Roman military life, using highly accurate reproductions of the equipment and dress of the first century Imperial Army and drill and display through the use of Latin.

One of the most fascinating were the roman tablets which were used to send messages from fort to fort. They had an ingenious method of making sure the seal remained on the wooden (cardboard like) message and if the intricate seals and/or spring attached was broken they knew the message was compromised.

The display of armour, swords sheaths, and wheeled weapons was extraordinary and proved very popular with youngsters.