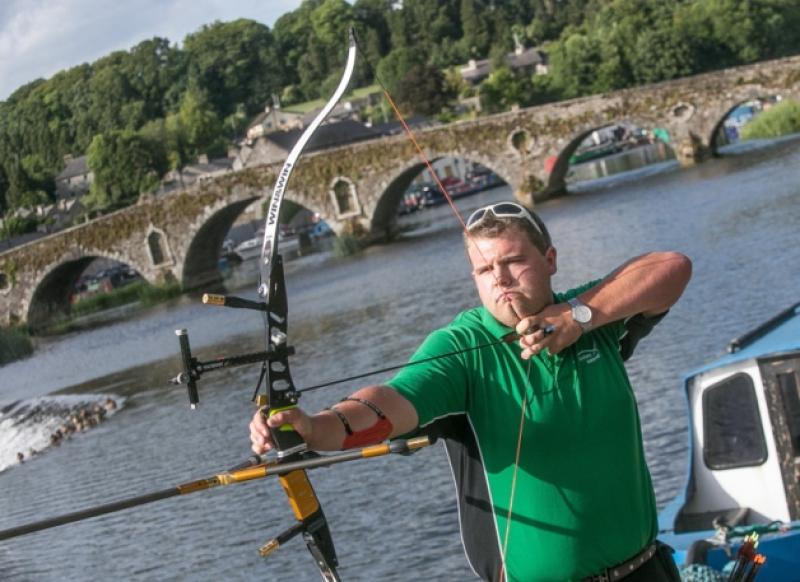 Keen eyed Michael Irwin is Ireland’s highest ranked archer ever and is almost certainly going to the Olympics in Rio to represent his country and his county.

Keen eyed Michael Irwin is Ireland’s highest ranked archer ever and is almost certainly going to the Olympics in Rio to represent his country and his county.

It is a huge achievement for the Graignamanagh man with ice cold nerves. And forget hi-tech training centres, he can practice at home in Coolroe. Next door neighbour and farmer, Denis Sheehy lets him practice in his field and if it’s raining he can stand in his father’s shed and hit the target in Sheehy’s field.

The Kilkenny man made an enormous impression at his first archery World Cup in Antalya, Turkey, earlier this year and is the talk of the archery world. The nursing student who has taken a year off from his studies cruised through the qualifying stage, shooting 72 arrows at CD-sized gold target pitched 70 metres away. As a result he has shot up the world rankings to 17th thanks in no small way to current coach, Patrick Lyons in Carlow.

Michael was named as the “break-through archer” at the Indoor World Cup at Nimes in France earlier this year. He went on to win the bronze medal the European Grand Prix in Greece. Now sponsored by the Italian bow manufacturers, Gillo Gold Medal, and Irish archery store, masterarchery.ie, Michael is firmly on track to qualify for the 2016 Olympics in Rio de Janeiro.

The qualifying competition will be held at the World Championships in Copenhagen in late July and Michael is strongly fancied to book his place on the plane for Rio. He will also be representing Ireland at the next World Cup in Poland.

An only child he ambled into the sport because his father Liam had a keen interest and his mother Margaret also encouraged him.