Kilkenny aid delivered by hand to refugees in Kos 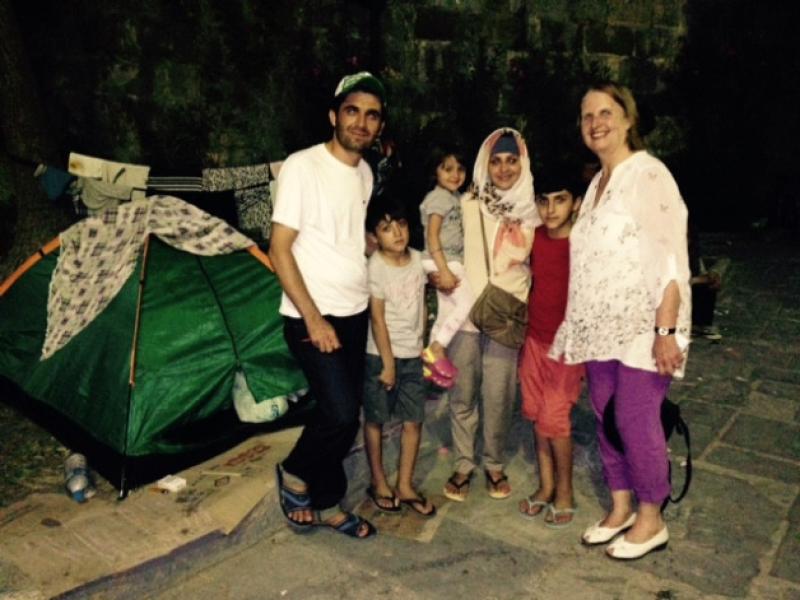 Monies raised by kind-hearted individuals have been handed over to aid groups working with refugees on the Greek island of Kos.

Monies raised by kind-hearted individuals have been handed over to aid groups working with refugees on the Greek island of Kos.

Elinor Mountain and her husband, Gus travelled to the island last week and met with volunteers from Kos Kindness and gave money to the groups which will be used to purchase pop-up tents.

“Conditions in Kos town for refugee families are very tough and there are lines of tents all along the coastline as well as large numbers of very stressed people around the police station and the ferry port trying to get papers to leave,” said Elinor who is a member of Kilkenny Kos Refugee Support.

Elinor and Gus met with a representative from Kos Kindness, who explained the work that the group does in providing food and temporary shelter to those in need.

Elinor also met with some of the families including refugees who had fled from Iraq and had paid $4,800 to cross the sea at 2am in the night.

“I also spoke with two Syrian men, one of them was studying law when after bombing he escaped to Kos.

“Everyone I spoke to expressed their gratitude for the help and asked me to pass this back to the Kilkenny Kos Support group. It has been an emotional and overwhelming experience being here and I am so glad the Kilkenny Kos group can make a contribution,” she added.

Meanwhile in Kilkenny there are a number of events planned to raise awareness and funds of the ongoing refugee crisis. Tomorrow (Thursday) there will be a candlelit vigil at the Canal Walk at 7.30pm to show solidarity with those who are seeking refuge. At 8pm on Thursday there is a table quiz in Billy Byrne’s pub, and a fundraising concert is will take place on September 19 at Billy Byrne’s at 7pm when legendary bands Kerbdog and Engine Alley will take to the stage.

Meanwhile a one-day drop off centre for supplies to be sent to refugee camps in Calais. The event will take place at St Canice’s Parish Centre on September 19 from 10am to 2pm.