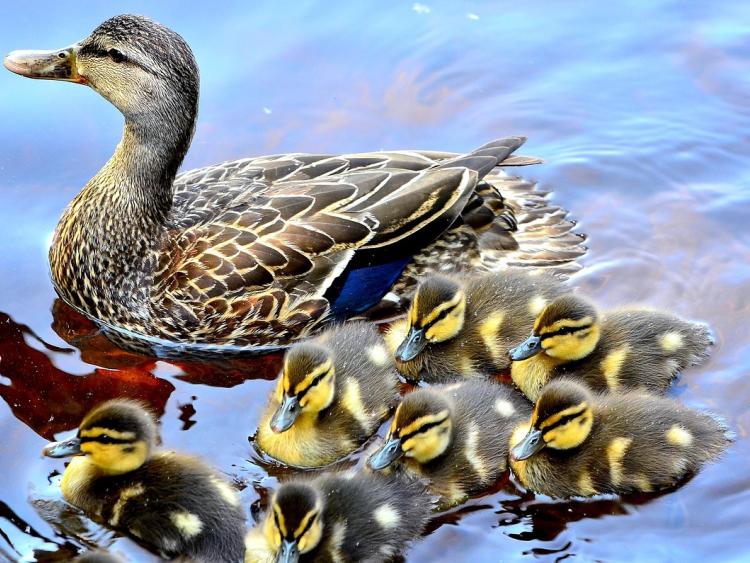 Nature stole the headlines last week in Windgap when news broke that the nesting wild mallard duck there had hatched fifteen ducklings.

And so it was at 8am on Thursday morning, local life stopped as the mother rounded up her brood and videos rolled as the duck train set off down the slope, located at the foot of the hill under the proposed mast on Carraig na gCapall.

Knowing the destination was the local lake, the whole community were on standby to escort the brood across the main road.

Having made it safely across the closed main road they all swam away instantly and instinctively.

Searching forlornly in the reeds and plants around the lake, the mother and the community were heartbroken as she had hatched and lost her entire family of nine last year also.

Also disappointed were the visitors from outside the old 5km Covid limit as the scéal had spread about the fifteen strong brood and the expectant visitors were left without the star attraction.

However it did not stop there as word soon spread that two members of the most recently returned species to the area, two buzzards, were apparently killed by a car just a mile from Windgap village.