Chin up, as progress continues 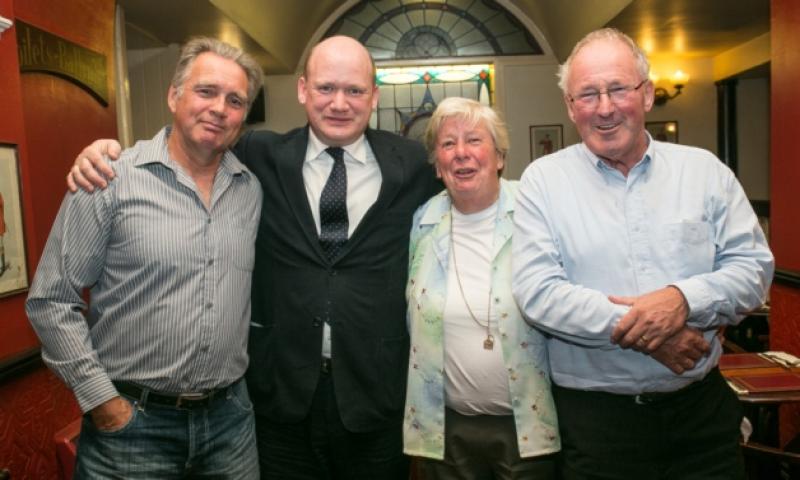 There was very little different about last Monday for the twenty or so Keep Kilkenny Beautiful members who travelled to Dublin for the announcement of the Tidy Towns results - but they were hoping for something special.

There was very little different about last Monday for the twenty or so Keep Kilkenny Beautiful members who travelled to Dublin for the announcement of the Tidy Towns results - but they were hoping for something special.

After a huge effort, an increase in points and the city absolutely sparkling this year, there was no overall win for Kilkenny.

But there were four awards - best in the county , a gold medal, a tourism award and most importantly of the lot - tidiest town in the south east region.

“Overall it was disappointing not to win but we have had a big success this year with the increase of four points,” said KKB chairman David Fitzgerald, also a Kilkenny Borough councillor.

“But the size of Kilkenny makes it difficult to compete now against smaller towns, with a smaller area to get absolutely right.

“We have been waiting thirteen years though for the award of the best in the region so we have to just make an extra push this year. The adjudication of Kilkenny was encouraging and in one category we received 49 out of 50, based on our submission primarily which the judges described as a template for the whole town,” said Mr Fitzgerald.

So after such an effort, where’s the area for improvement. “It’s down to the basics, litter controls, graffiti and the back lanes are a problem for us (just off High Street)” he added.

“We need to support Residents Association and we will be introducing a new energy rating scheme form communities, basically green homes looking at estates and houses and their energy usage.

“We have 78 residents Associations in Kilkenny and every one is working hard, we’d like to start off these energy homes on a pilot basis,” said Mr Fitzgerald.

He was high in his praise for the Borough Council. “Starting off the year we asked them to make an extra effort, they said they would and they were true to their road. The Callan Road, the entire Ring road, our footpaths on High Street, the new cycling lanes, the area around St Canice’s Church - all great work by the Borough and County Councils.”

The Clubhouse Hotel was the venue on Monday night, and the hope was for a party. Instead, it was a celebration alright, fine food, couple of drinks looking back on a fantastic year. But there was already talks of the future, with the KKB chairman announcing that the group will hold a community open night for all in the coming months to plan another assault on the elusive title - Tidiest Town in Ireland.