Rest of the county shows a tidy improvement too 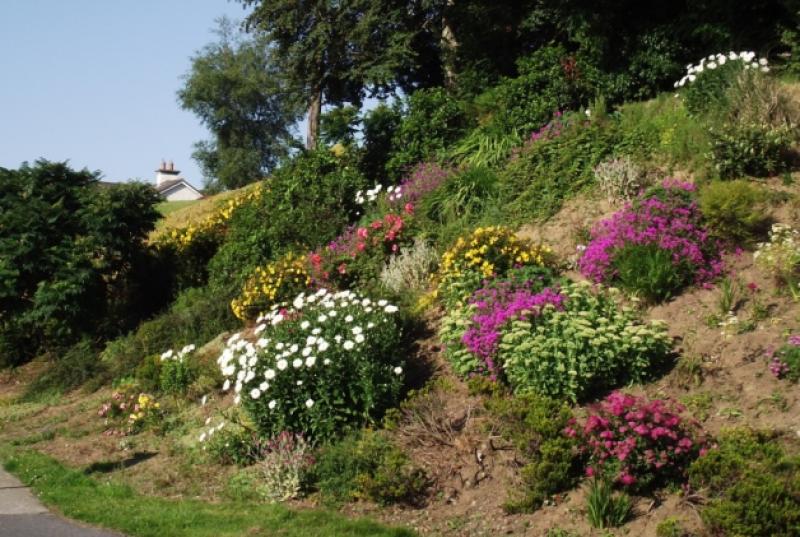 Apart from the city, 23 towns and villages around the county took part in this year’s Tidy Towns awards, and almost every one of them improved on previous scores.

Apart from the city, 23 towns and villages around the county took part in this year’s Tidy Towns awards, and almost every one of them improved on previous scores.

After Kilkenny, the next outstanding mark was Inistioge, which was highly commended and had a final mark of 302. This was up two points from last year.

Tullahought was another success story, commended for scoring over the 300 mark for the first time, and taking a bronze medal. The adjudicator praised the Tidy Town group for their ‘structured approach to [their] works and the eagerness to lean from fellow Tidy Towns groups’.

In categories C and D, which refer to small towns, Castlecomer moved up the points to 291 from 285 the previous year. The adjudication report highlights the Tidy Town group’s involvement with local schools and the younger generation.

Moneenroe moved up by two points, receiving 267. Graignamanagh was awarded a score of 260, representing a five-point improvement on last year.

Thomastown increased its score by five points to 257. The group received two extra points in the ‘wildlife and natural amenities’ category, with special praise for a habitat management plan and baseline study on wildflowers and meadows.

In the village categories (A and B), Bennettsbridge showed a very strong points increase of seven (to 252), and received a special endeavour award. The adjudicator praised the ‘healthy number on [the Tidy Towns] committee’, the support from the community and from various businesses.

Ballyouskill’s score remained unchanged from 2012 at 286.

Gowran received a score of 290 – a three-point increase on 2012. Goresbridge went up six points on last year’s score with 228 points – including an improvement of two extra marks in the ‘tidiness’ category.

Kells also showed an increase of five points, with a score of 279. It received two extra marks in both the ‘wildlife and natural amenity’ and ‘roads, streets and back areas’ categories.

Fiddown improved on 2012’s score by three points, while Mullinavat again received the same score of 241. Johnstown scored 263, while Clogh moved up the score by one mark, Dungarvan improved by two to 265, and Gathabawn scored 270

Newmarket, with a population of 30, re-entered the competition after an 11-year absesnce. It scored 250 points.

Coon also returned to the competition this year after a long absence (10 years), and received a score of 220.