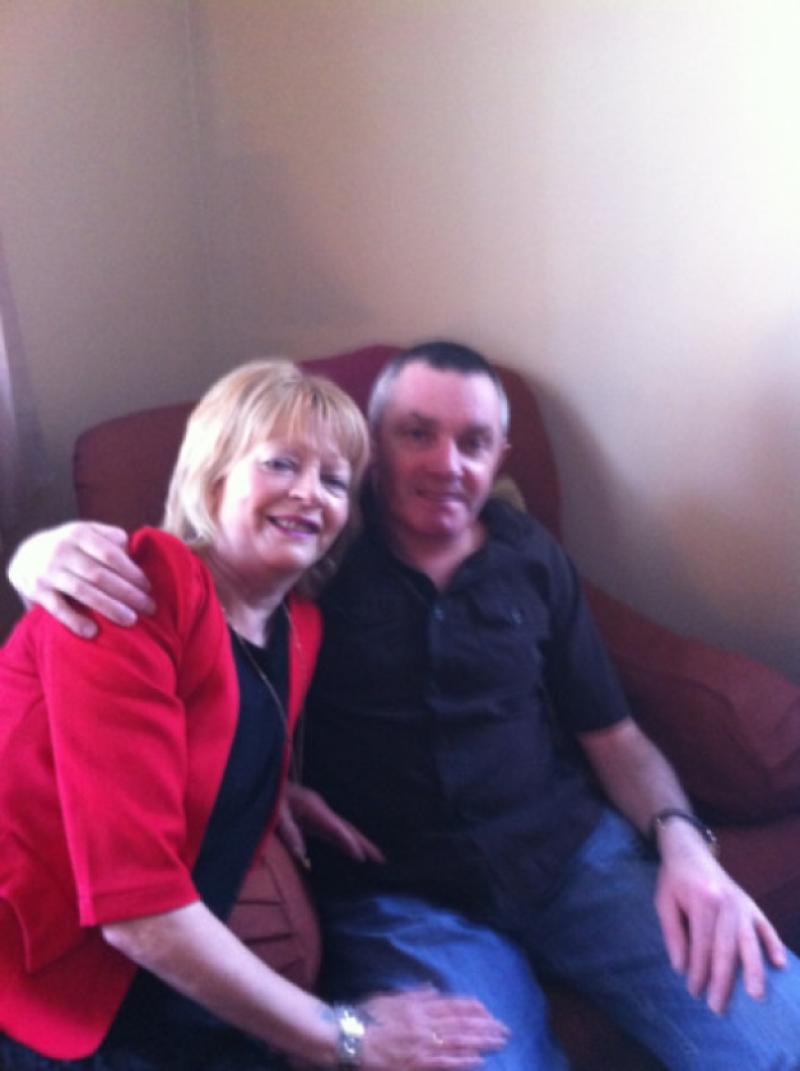 The family of a Kilkenny man who is undergoing treatment for bone cancer in America are appealing to people to support their fundraising campaign.

The family of a Kilkenny man who is undergoing treatment for bone cancer in America are appealing to people to support their fundraising campaign.

Friends and family of Declan Conroy have rallied around to fundraise to help to cover his medical costs.

Declan Conroy is originally from Assumption Place in the city and has lived in New York for the past 20 years.

The 44-year-old electrican was diagnosed with Multiple Myeloma (a blood cancer) in January 2013.

He is the father of three-year-old twins - Seamus and Annabelle and is determined to fight the cancer but needs support in covering the cost of his treatment.

He is currently undergoing chemotheraphy and is awaiting back surgery later this year.

His sister Marguerite, along with the rest of the family are organising a benefit night which will take place in Egans Pub on John Street on May 8. There will be live music, spot prizes and plenty of entertainment with admission at €5. All proceeds raised will be donated to the Declan Conroy Benefit Fund.

His sister explained that Declan is maintaining a very positive attitude but added that despite undergoing gruelling chemotherapy he is forced to work long hours to help try and pay for the treatment.

“We are fundraising to help Declan cover the cost of his treatment. He had insurance but that has run out and the costs involved are huge. He simply can’t afford to pay for them.

“At the moment he has to get up to go to work to pay for his treatment and is up at 4.30am every morning to go to work and not back until after 6pm in the evening. He did not want people to know but his friends in New York insisted that they were going to do something to help him,” she said.

Declan’s diagnosis came as a harsh blow to the family who lost a sibling Helen to breast cancer in 2010.

“I remember when Declan came home for Helen’s funeral he was ill. He had a lot of back pain and was getting sick but we thought it was old injuries and stress.

“When he went back he went to see doctors and physios but it was not until the end of 2012 that he was diagnosed. We found out in February when we were visiting the family of my late sister, Helen. It was a huge shock but everyone is rallying around to support him as best we can,” she said.

“I went over to visit him in March of last year and did a blood test for bone marrow. I was back home three weeks when I got the call that I was a match.

“Last summer the hospital removed some of Declan’s bone marrow and harvested it and then put it back in so at the moment we are waiting on his latest test results to see how well that is working,” she added.

In New York plans are already in place for a benefit night in June which will be attended by members of his family from Kilkenny. There has been a huge outpouring of support from the Irish community in the Big Apple where Declan is an integral part of the diaspora.

Shem Kennedy is a member of the Declan Conroy Benefit Committee.

“We are trying to raise funds for his medical bills. So far he has had 15 sessions of chemotherapy and is due for surgery on his back where they will repair broken vertebrae and insert a rod to straighten his spine.

We would love if Kilkenny people who knew Declan from way back would get back in touch with him and wish him well.

“We decided to help Declan as he is a hard worker with a young family who is currently going through a difficult patch. Despite his illness he has turned up for work to make sure that his family are taken care of. As you can imagine it is getting more difficult to do as the treatment progresses.

“We as a community in New York felt that it was our duty to help those who need it. Declan often answered the call for help all down through the years now it is time to help him,” he added.

Declan is also well known in hurling circles having played as a youngster with O’Loughlins Gaels and also played for Kilkenny in New York.

He went to The Lake National School and the De La Salle before moving on to the Tech on New Street.

After school he worked with his brother Joe at Joe Conroy Auto Electricals in Bagenalstown before moving to the States in the early nineties.

He met his wife Roslyn after seven months and the couple married in 2002.

Declan comes from a large Kilkenny family and his sisters Phil, Imelda and Marguerite still all live in the city. His other sister Maeve lives in Monaghan and he has a brother Joe.

“He is fighting hard and is staying positive. He has to for his children. He is an inspiration to us all but we need to fundraise to allow him to get his treatment and have time to rest so that he has the best chance possible,” she added.