Bringing life back to Bridge Street with Callan’s Abhainn Ri 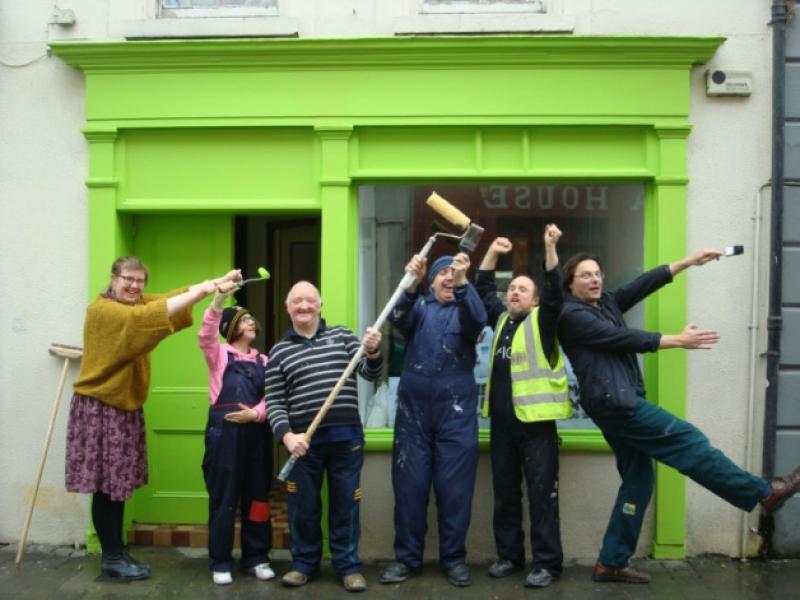 Equinox Theatre Company, KCAT, Callan are proud to announce phase one of The Bridge Street Project.

Equinox Theatre Company, KCAT, Callan are proud to announce phase one of The Bridge Street Project.

On Saturday (June 21), Cllr. Malcom Noonan will officially open the pop-up festival cafe, Bridge Street Will Be.... on historic Bridge Street in Callan.

This narrow and picturesque streets is one of the oldest in Ireland. Once the vibrant commercial hub of our town, it is slowly dying, with only a handful of businesses still operational. Many of the historic buildings are preserved, yet most lie idle and are in danger of dereliction.

“We have spent the last eight weeks slowly reclaiming one of these old buildings, as part of the 2014 Abhainn Ri Festival. For the ten days of the festival we will give free tea and coffee to anyone with a story to tell about the past present or future of Bridge Street,” said Equinox Artistic Coordinator, Donal Gallagher.

“For the following years’ festival, 2015, we have just secured funding for a massive live theatre event, celebrating the history of this unique street. The Bridge Street Project is part street theatre, part spectacle, part urban renewal, and part social history. The performance will be based on real stories from the history of the street (collected in the Café).

“The project will bring the local community together with local, national and international artists,” he added.

A 50-plus strong community cast will work with the brilliant Kilkenny based Devious Theatre Company, and Cork’s Corcadorca - the internationally renowned masters of site-specific theatre.

“In association with Commonage Callan, we are also collaborating with the international architectural firm, Studio Weave who will work alongside the production, creating imaginative ways to reclaim the street as both a civic and commercial space, and will create an architectural intervention that will leave a lasting legacy on the street,” added Donal.

The official opening will take place on Saturday at 4pm by Cllr Malcom Noonan and the cafe will be open daily from 2pm to 5pm until June 29.

Equinox is an Inclusive Theatre Company based in KCAT, Callan, where theatre artists with and without learning difficulties and disabilities make beautiful ART together.