Pedestrian underbridge to open in October 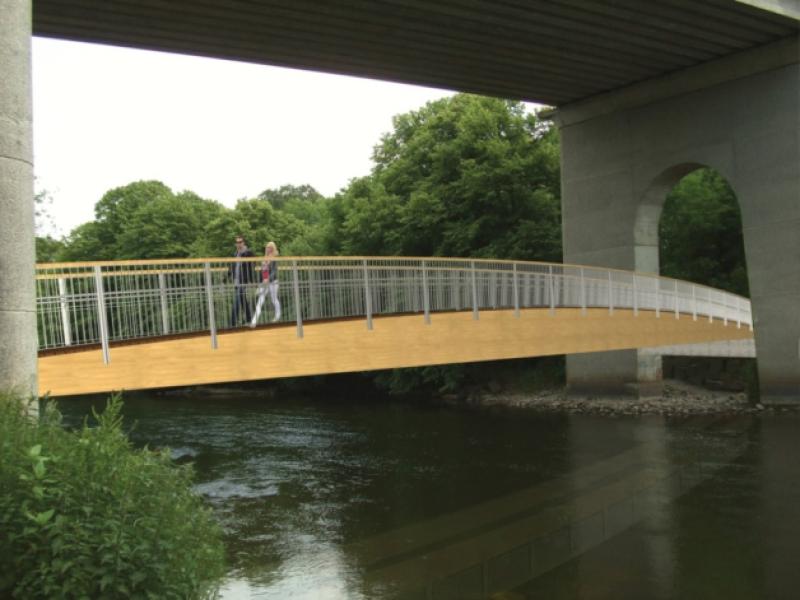 Work on a pedestrian underbridge linking the two sides of the Linear Park in Kilkenny is underway and will be completed by the end of October.

Work on a pedestrian underbridge linking the two sides of the Linear Park in Kilkenny is underway and will be completed by the end of October.

The estimated cost of the project is €380,000 and this figure includes design fees, enabling works and the supply and installation of the bridge structure.

Senior engineer with Kilkenny County Council, Frank Stafford said that he anticipates that the bridge will be completed and opened to the public in mid to late October.

Kilgallen & Partners Consulting Engineers Ltd were procured for consultancy services and appointed for the design and project management of the bridge last October. All the relevant statutory approvals were obtained by April and the contractors were appointed at the end of June.

The bridge structure will be fabricated in three sections off-site with a target delivery and installation of the bridge on September 22.

Completion works to handrails and approaches will be undertaken in September/early October with an expected opening of the bridge in mid to late October 2014.

The provision of a pedestrian bridge connecting the eastern bank to the western bank of the River Nore at the Ossory Bridge on the city’s Ring Road is an objective in the Development Plan for Kilkenny City and Environs. The proposed bridge is envisaged to play a significant role in the future tourism and leisure development of the city, particularly having regard to its potential to add to the existing stock of leisure and tourist attractions already in place and to make better use of the River Nore amenity in the city, linking the existing Canal Walk and Lacken Walk/Nore Valley Walk.

In addition under a bid made by Kilkenny Borough Council under the Department of Transport “Active Travel Towns” initiative the bridge is regarded a priority piece of infrastructure enabling the completion of the boardwalk and canal river loop walk.