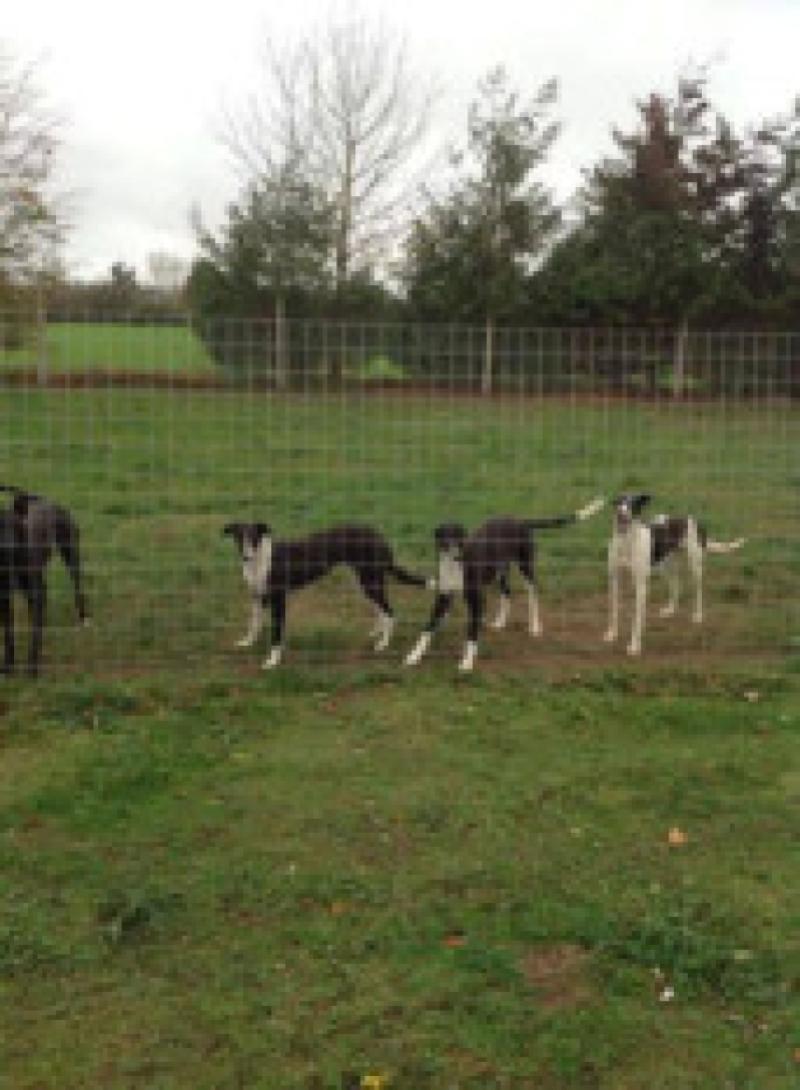 Four out of five stolen greyhounds were returned, with the assistance of gardai, to their owner in the early hours of Tuesday morning after being missing for over a week.

Four out of five stolen greyhounds were returned, with the assistance of gardai, to their owner in the early hours of Tuesday morning after being missing for over a week.

The theft of the animals took place from a kennels on the Old Bonnettsrath Road on Sunday night/Monday (October 27) morning. Fencing around a kennels and run was interfered with the dogs were removed.

Owner Shane Keane was seriously concerned for the welfare of his animals and feared that they would be abused.

“Five animals were taken and four of them were bitches - the male dog was found the day after they were taken. I was very worried about the wellbeing of the missing dogs (all of whom are registered and chipped) and am appealing to anyone who is offered dogs for breeding or sale to contact the gardai,” he said.

Mr Keane immediately reported the missing dogs to gardai who examined his premises and found that the fencing had been interfered with and damaged.

“It was gut wrenching and I was very concerned that the dogs will be bred for lamping and coursing and will be mistreated and abused,” he said.

However on Monday night and the early hours of Tuesday morning, following a tip off, Mr Keane contacted gardai who managed to negotiate the safe return of three of the dogs.

“They were skinny and timid and traumatised but they will be okay,” said Mr Keane who is still desperately trying to locate his fifth dog.

There are grave concerns following the latest incident that an organised dog stealing ring is in operation in the city and county whereby dogs are being stolen and used for breeding, fighting and baiting.

Gina Hetherington of PAWS Animal Rescue in Mullinhone said that ‘dogs are being stolen to order’ and added that the shelter was full to capacity.

“Lots of pets are going missing at the moment and not just pedigrees. The Christmas market is hotting up and dogs are being stolen to order,” she said.

She warned owners to take the necessary steps to protect their dogs from theft.

“All dogs should be microchipped and the owners should insure that the chip is registered in their name on www.fido.ie. It is totally useless to have an unregistered chip,” she added.

Last week 11 greyhounds who are believed to have originated in Co Tipperary were found dead in France after they suffocated in cages during the ferry crossing. The Department of Agriculture is investigating the “very serious” incident.