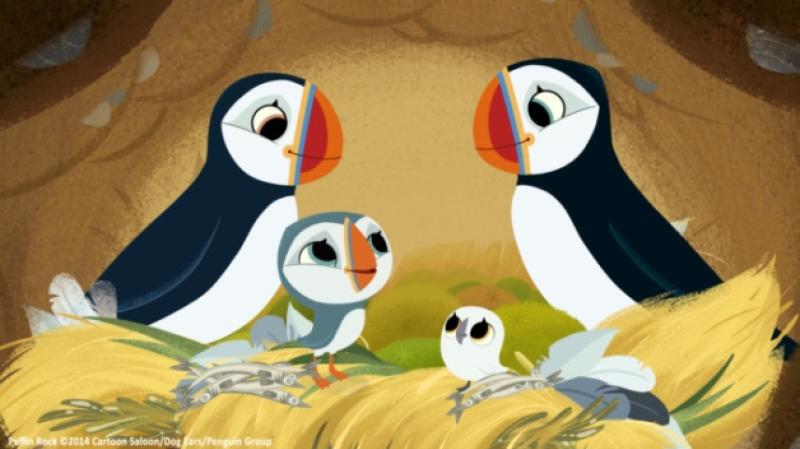 Puffin Rock, the animated pre-school series narrated by Chris O’Dowd, was launched on RTÉjr on Monday.

Puffin Rock, the animated pre-school series narrated by Chris O’Dowd, was launched on RTÉjr on Monday.

The show, which is co-produced by Kilkenny-based animation studio Cartoon Saloon is aired daily at 8:10am and 1:10pm.

Puffin Rock follows a family of lovable puffins living on a wild and beautiful Irish island. Young puffling, Oona, and her little brother, Baba, explore the island with their friends, and their stories are filled with laughter and adventure. Puffin Rock has a gently educational tone, appealing to two to six year olds and their parents.

As narrator, Chris O’Dowd (Bridesmaids, Moone Boy and The IT Crowd) adds an extra twinkle of comedy by mixing amusing observations with interesting facts about the wildlife on the island.

episodes, which will be animated in Derry and Kilkenny.

The co-producers of Puffin Rock gratefully acknowledge the continued funding support of Northern Ireland Screen and Irish Film Board in the production of Puffin Rock.