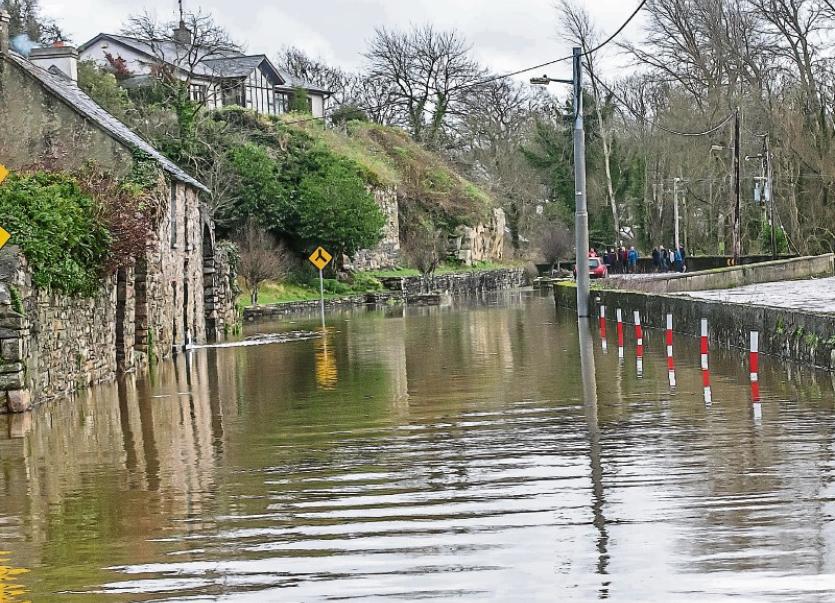 The timeframe for the delivery of flood relief works in Thomastown and Inistioge has been met with concern from local councillors.

At the monthly meeting of Callan-Thomastown Municipal District Council, members were notified that the Office of Public Works (OPW) have yet to schedule a fixed consultation process start date.

Cllr Cullen proposed that councillors write to Minister of State with responsibility for Office of Public Works Patrick O’Donovan to raise local concerns and acquire a fixed date for consultation.

“We really are badly in need of a start date for Thomastown and Inistioge,” she said.

“When you have businesses that are continually hit whenever there is a spell of bad weather, from flooding on a smaller scale to huge bursting of the river banks, you would be feeling anxious that we haven’t got a starting date.

“We have good weather at the moment but when next winter rolls in, when we have a really bad weather spell, as we do every year, people will be wondering why this process has been pushed down the line.

“Local people are at their wits' end. I’m regularly taking calls from business owners whenever there is a spell of heavy rain over a couple of days.

“They are worried that their insurance won’t cover it, that their equipment is at risk and homeowners are tired of taking up flooring. The least they deserve is to know that there is a start date.”

The motion was affirmed by contributing councillors, who emphasised that the flood relief works will be welcomed, as they have been in other areas of the county, but they can’t come soon enough.

Cllr Patrick O’Neill noted that there must be a push to get the consultants on the ground.

“The thoughts of Thomastown flooding badly again like it did a few years ago, the devastation that it brought, is almost unthinkable,” he emphasised.

“We need to fight our own corner and make it known just how important this is higher up given what has happened in the past.

“It’s not a case anymore of funding being an issue.”

The progression of these projects will involve further consultation with affected communities, the public and other stakeholders.

Minister O’Donovan and the OPW have yet to make a formal response.