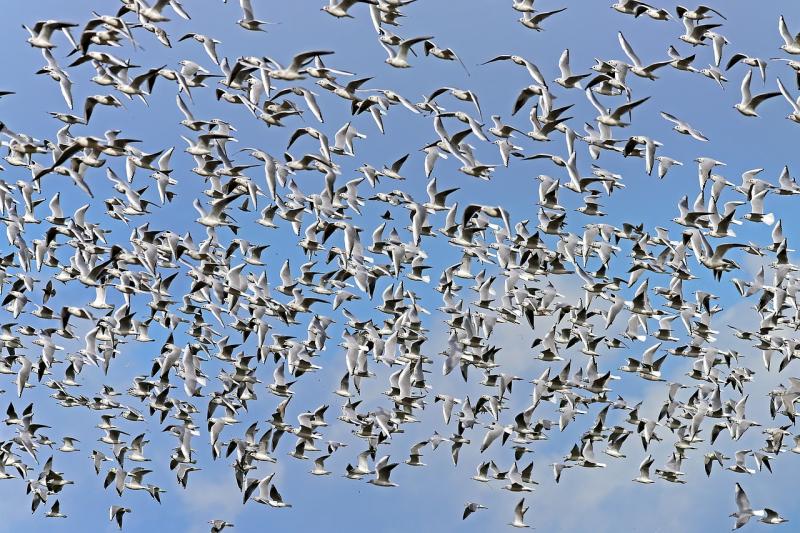 There has been a 50% increase in callouts to deal with gulls and other pest birds so far this year, when compared to the same period last year, and callouts are expected to increase further entering the summer months as restrictions loosen.

Rentokill has issued a warning to the public to treat the birds with caution, as lockdown restrictions are eased, and we enter the summer period. Increased time spent outdoors and socialising will likely lead to greater interaction between the public and pest birds, and Rentokil expects callout numbers to climb further.

The breeding season for gulls runs from April until September, and this is the time of year when they are at their most active. Seagull chicks begin to hatch in June, and this period in particular is when they are most aggressive in securing food and protecting their offspring.

As restrictions are eased and outdoor activities increase in the summer months, the public will likely come into greater contact with the birds. Rentokil is urging people to be wary of them when eating outdoors, in particular once outdoor dining returns in June, as this is when they are most likely to harass or try to steal food from members of the public and raid waste bins.

The top three counties which have accounted for pest bird callouts so far this year are Dublin (66% of total callouts), Kilkenny (16%) and Wicklow (16%).

Rentokil controls pest bird species in accordance with the EU Birds Directive and the Irish bird derogations and uses non-lethal methods to control all other species of birds if they become public health pests.

The dangers which gulls present are not limited to antisocial behaviour. Pest bird droppings contain bacteria including E. coli and Salmonella and can lead to the spread of infections through surface contamination, inhaling bacteria from dried droppings, or being transferred by bird mites, which can bite both people and birds.

Bird mites, textile beetles and fleas are attracted to their nests and roosting sites, so the presence of gulls at a home or business can bring about infestations from these insects.

Richard Faulkner, Advanced Technical Field Consultant for Rentokil said: “As we enter the warmer summer period and lockdown restrictions are eased, we encourage members of the public to treat gulls with caution and keep their distance from them where possible.

“This is the period when people and gulls are most likely to cross paths, and it is also when they are at their most aggressive. To discourage the presence of pest birds at your home or business, it is essential keep any food sources well-hidden and ensure bin lids are secure and rubbish bags are not left in the open.”

Members of the public can find out more about pest birds and how to deter their presence on the Rentokil website.

Rentokil employs a number of different safe and eco-friendly methods to protect premises from pest birds, including bird spikes and bird netting. Experts can also employ hawking, using specially trained birds of prey to scare and deter gulls and other pest birds from an area without harm.