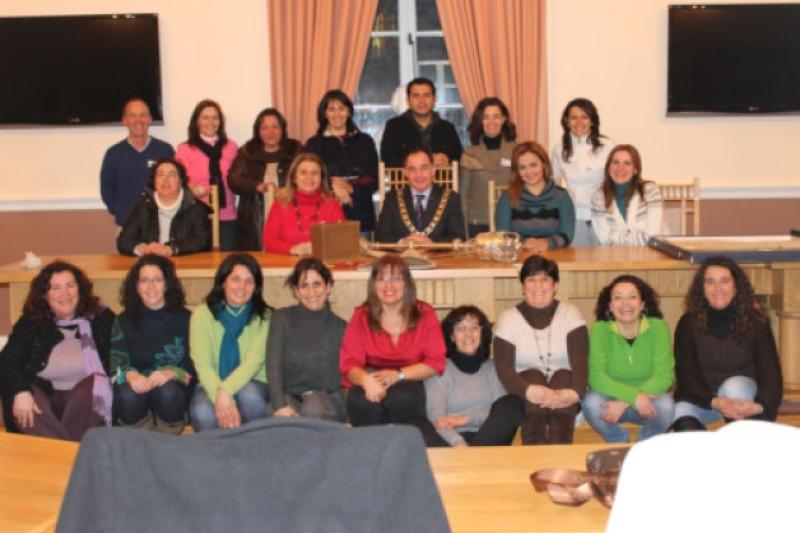 Newmarket National School in south Kilkenny is participating in a Comenius project with schools from Spain, Portugal, Greece and Turkey all involved.

Newmarket National School in south Kilkenny is participating in a Comenius project with schools from Spain, Portugal, Greece and Turkey all involved.

Some 25 teachers and 12 pupils from these countries visited Newmarket school last week and also visited Kilkenny Castle, Dunmore Caves, Castlecomer Discovery Park, Castlemorris Forest and Gairdín an Ghorta in Newmarket. The pupils were staying with host families in Newmarket and on Wednesday they were treated to a great display of Irish music and dancing at The Comenius Gathering in Hugginstown.

Pupils from Monroe NS and Newmarket NS were among the participants, while groups of dancers from The Evelyn White and Michelle Malone schools of dancing put on a glittering display of jigs and reels, which went down a treat with the visitors and locals alike. Other local singers and musicians included harpist Ruth Lydan, vocalists Megan Holden and Emma Blake, and the final act of the evening, Henry Craney really brought the house down with a wonderful selection of foot stomping tunes on the harmonica.

The evening finished with a welcome cup of tea served by the Newmarket parents group and a great evening was had by all. Earlier that day, the group visited Kilkenny Castle, and on Thursday, the itinerary included visits to Dunmore Caves and Castlecomer Discovery Park.

In the evening, the teachers were invited to City Hall where they were formally welcomed by Mayor of Kilkenny Sean Ó hArgáin. The visitors were shown the Liber Primus, the city charter, sword and mace in the council chambers and were very impressed with the system of local government.

The final day of the visit included a guided walk in Castlemorris Wood organised as part of National Tree Week by Mick Power and staff from Coillte. This was followed by a guided tour of Gairdín an Ghorta in Newmarket where the group were served lunch before departing for the airport for the return trip home.

The visitors were very impressed by Kilkenny City and county and it was a great week for the pupils, parents and staff of Newmarket NS also.