Total change
on the way as boundaries
are redrawn 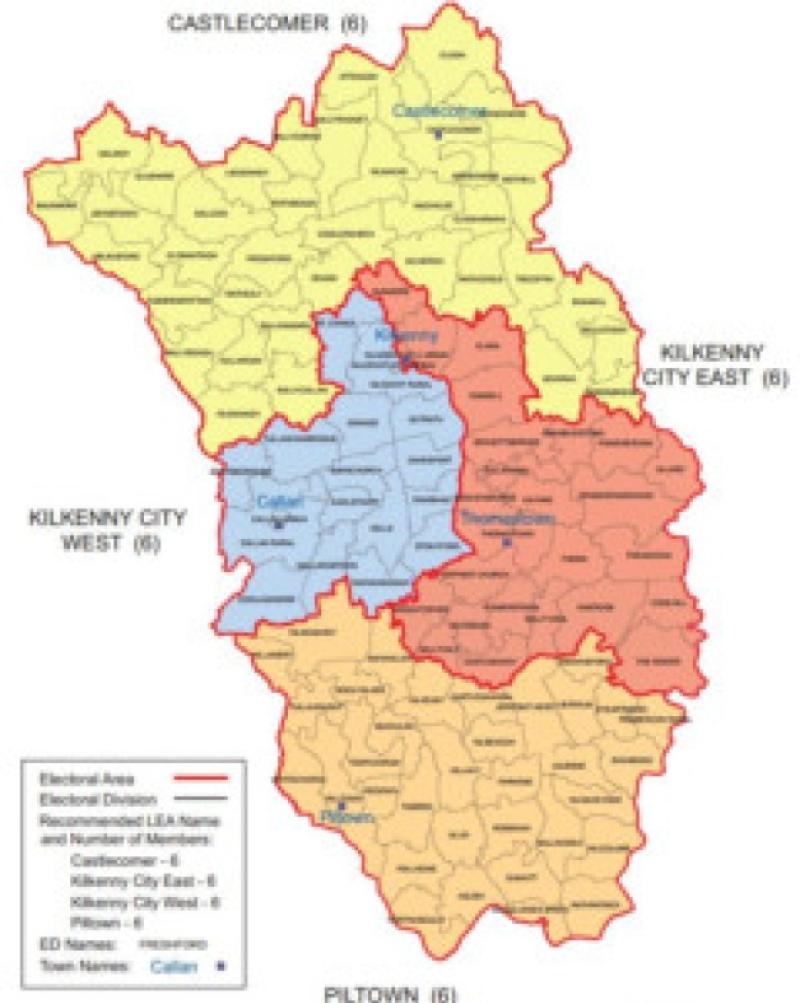 The radical shake-up of local government proposed last week and accepted by Minister for the Environment Phil Hogan sees a total redrawing of the boundaries within County Kilkenny, as of next year’s local elections.

The radical shake-up of local government proposed last week and accepted by Minister for the Environment Phil Hogan sees a total redrawing of the boundaries within County Kilkenny, as of next year’s local elections.

The borough council is to be abolished, and Kilkenny City will be effectively split in two along the river. Along the west, its reach is to stretch as far as Callan, while to the east, it brings in the towns of Thomastown and Graignamanagh – and even includes the electoral division of the Rower.

A new local electoral area to be called ‘Castlecomer’ is recommended for the north of the county. This will include the towns of Freshford, Ballyragget and Gowran.

To the south of the county, a local electoral area of Piltown is recommended with the inclusion of the electoral divisions of Kilmaganny, Killamery, Tullahought, Boolyglass and Aghaviller.

As well as having one less electoral area, the county will lose two local representatives –unlike Dublin, which gains 53.

Based on the new number of councillors, the population per member in Kilkenny is 3,976.

The changes, which has some local councillors debating if, where and how they will go about running for election next year, come recommended in the Report of the Local Electoral Area Boundary Committee.

Minister Phil Hogan says that he has accepted in full the recommendations, and that he will be making the necessary local electoral area orders to give effect to them.

“The completion of this report is an important next step in the Government’s programme for local government reform,” he said.

“The review had a specific goal of improving balance and consistency in representational ratios in local government, while taking particular account of factors such as the location of towns in the new municipal governance arrangements provided for in the Action Programme for Effective Local Government.

“The terms of reference for the review provided for minimum levels of representation in lower population counties and cities.”

The following is a list of townlands and villages setting out the electoral divisions that comprise each new local electoral area:

The Report is available online at www.boundarycommittee.ie and at www.environ.ie and from the Government Publications Sale Office.