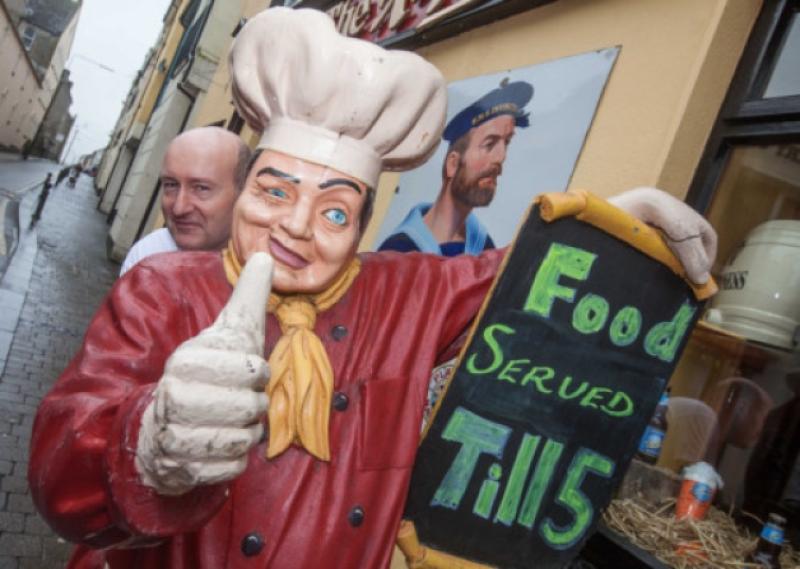 He has survived several assassination attempts, has been kidnapped twice, had two of his fingers chopped off but now the Friary Street chef is at the centre of a dispute that is not of his making.

He has survived several assassination attempts, has been kidnapped twice, had two of his fingers chopped off but now the Friary Street chef is at the centre of a dispute that is not of his making.

A few weeks back, a taxi driver new to the game in the city, was asked by a colleague to collect a fare on Friary Street because the other driver was busy. He was told that a well fed chef from Rafter Dempsey’s public house was waiting for a lift to home after coming off duty.

The driver waited at least 20 minutes and actually drove around three times looking for the chef when it suddenly dawned on him he had been duped by another taxi driver. The story didn’t end there and the offending taxi man was sent on a wild goose chase by his work mate who didn’t see the funny side of the prank.

Last year the statue of the rotund cook was stolen and a ransom noted put through the letter box of the pub. Gerry Rafter confirmed there was no ransom paid.

The chef was found (unharmed) in the lift of the adjacent apartment block and was none the worse for the ordeal. He was also abducted three years ago and was later found queuing outside the nearby, Cineplex. He has also had a few fingers chopped off in his 14 years on the street and there was one attempt to run him over. On more than one occasion, slightly inebriated persons have attempted to engage him in conversation but without success.

Some years ago, a reporter in the Kilkenny People office was asked to go to City Hall to interview John Banim. A bust of Mr Banim, the famous Kilkenny novelist is located in first storey landing.