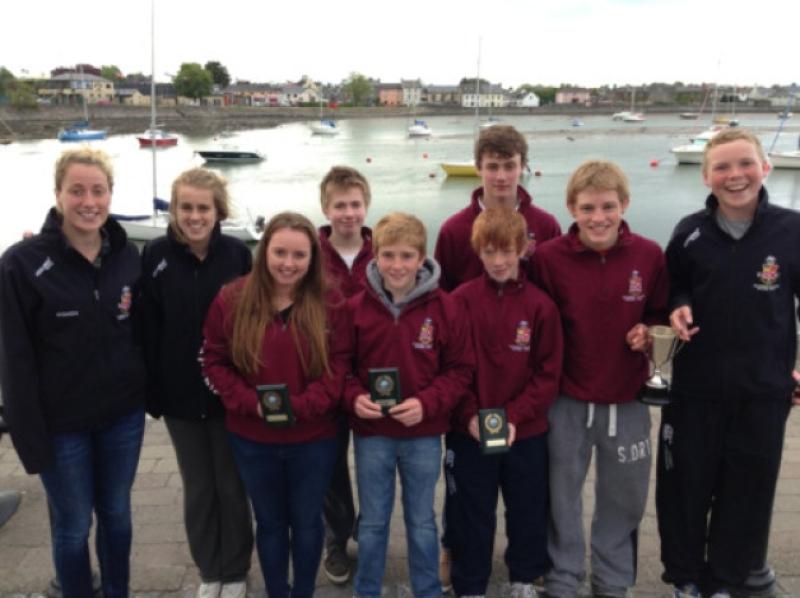 The event was the South Eastern Schools Regatta. The conditions proved to be perfect and the Race Officer was able to fit in three solid races.

In this event, there where 28 sailors from four schools and each school was divided into teams of two or three, resulting in nine teams. In fleet racing it is essentially every man for himself, but at the end, the best two results from each team where added together for a team score.

Although Dougie Power, Andrew Levie and Katherine Geoghegan – all sailing Laser Radials – fought it out for the top spots on the water, Douglas Elmes, sailing a Topper (slower boat), caught up time on the handicap system.

Geoffrey O’ Connor and Conor O’ Reilly finished a very respectable 12th and 18th both competing in their first event for the ‘College.