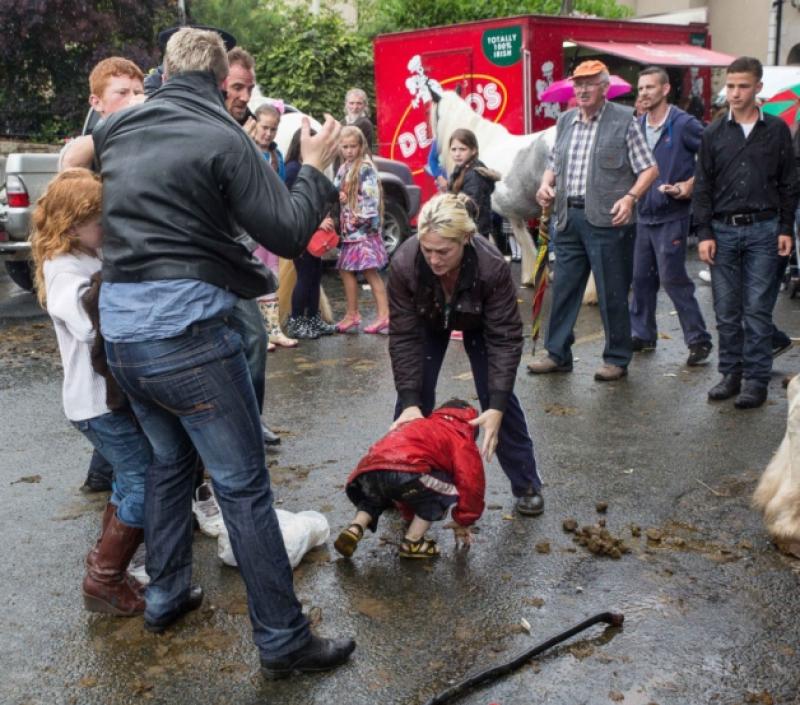 Shortly after lunchtime the violence broke out between two men who continued to pummel each other as a terrified young boy lay cowering on the ground in fear of his life at Borris Fair, Co Carlow. Shocked bystanders stole motionless as gardai radioed for assistance. Hundreds of people were attending the fair when two men started to fight with their bare fists on the main street at 1.30pm.

Terrified bystanders ran from the scene as the men repeatedly assaulted each other. There were a large number of young children watching who were visibly traumatised as gardai attempted to stop the fight. The two men continued to beat each other as a number of gardai tried to break up the fight. Back up was immediately called for and the small number of gardai present managed to separate the two men who continued to threaten each other from a distance of 20 metres.

Violent verbal threats were exchanged between a number of people with one man swearing on his father’s life that he would ‘get’ the other man. There were also screams of “I will kill you”.

More threats of retaliation as a woman reassured one of the men that he would ‘get him when you go back home’.

Within minutes a unit of the armed support unit were at the scene and one man was arrested. He is currently in custody and is being quizzed by detectives.

A senior gardai also issued a stern warning to those present that ‘he would pull the plug on the fair’ if there was any more trouble.