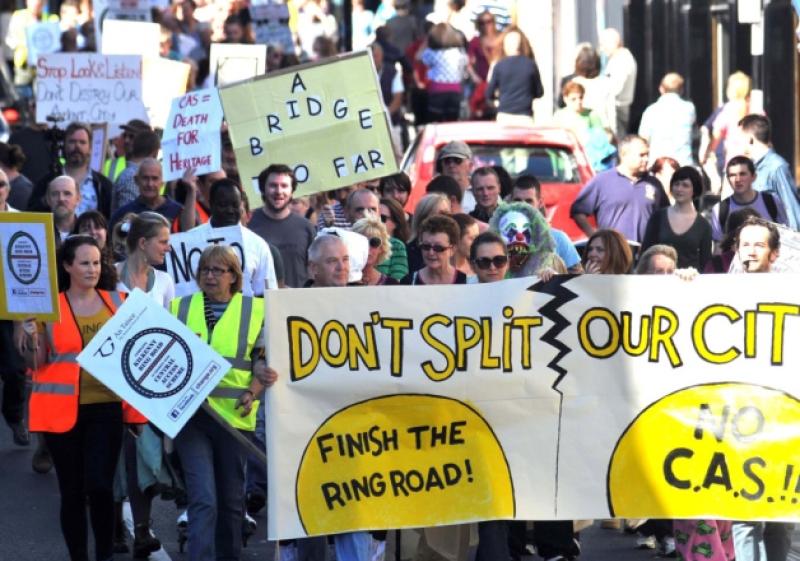 The campaign group that wants the ring road completed ahead of the Central Access Scheme (CKRR) has called for the publication of a report on archaeological work on the Vicar Street houses due for demolition.

The campaign group that wants the ring road completed ahead of the Central Access Scheme (CKRR) has called for the publication of a report on archaeological work on the Vicar Street houses due for demolition.

It follows a joint meeting of the borough and county councils on Monday, at which historic buildings consultant Rob Goodbody gave a presentation to the elected members. Mr Goodbody told the meeting that a preliminary report had been prepared regarding the ongoing archaeological investigation work on the buildings, but the report was not circulated at the meeting.

The council has said it is now seeking an additional licence for further archaeological work from the Department of Arts, Heritage and the Gaeltacht, to complete more investigations over the next six weeks. The campaign group has asked why an additional licence is required and why all required work was not carried out this summer.

At Monday’s meeting, Cllr Malcolm Noonan asked why the works were taking so long. This is the third time that VJK Consultants have carried out archaeological investigations on this site, with initial investigations beginning in 2008.

Mr Goodbody told the meeting that ascertaining the date of some aspects of the building was not possible. This view is disputed by local archaeologists Coilin O’ Drisceoil and Patrick Neary, who say medieval fabric is identifiable in the gable wall.

The group also disputes the county manager’s assertion that the CAS is a requirement for the development of the brewery site. They suggest that, if purchased by the council, the old mart site on the eastern side of the river would provide car-parking facilities for the St Francis Abbey site, and keep the historic core of the city free from additional traffic.