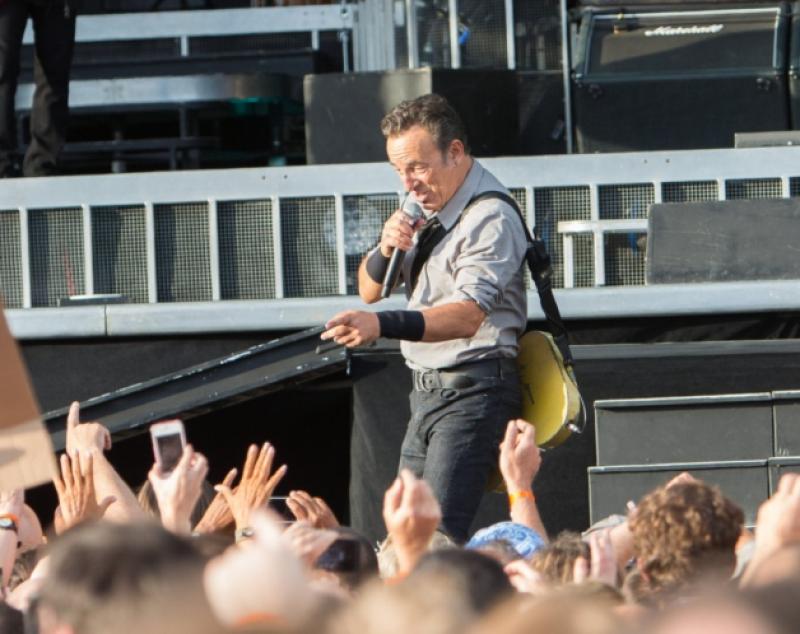 It was a rollercoaster month for the Kilkenny hurlers, producing a memorable display against Tipperary at Nowlan Park before crashing out of the All Ireland championship against Cork later in the month.

It was a rollercoaster month for the Kilkenny hurlers, producing a memorable display against Tipperary at Nowlan Park before crashing out of the All Ireland championship against Cork later in the month.

The appearance of Bruce Springsteen in Kilkenny’s county ground made up for that disappointment as one of the world’s best entertainers rocked Nowlan Park for two nights at the end of the month.

“We couldn’t do this without you,” roared the 64-year-old rockstar at the end of his set on the final night in Kilkenny.

It was a massive coup for the whole city, with thousands of revellers flocking to the various establishments and watering holes as part of the Wrecking Ball Weekender. Pubs and restaurants were packed the whole weekend, while many B&Bs, hotels and hostels were booked solid for the two months beforehand.

The concerts were undoubtedly a huge boost for the county board, and the stadium as a venue was universally praised.

Consternation was caused on Kieran Street this month. Business owners on the city street met during July to discuss how to address concerns over potential hazards and obstacles for people using the street.

It emerged earlier in the month that disability and access groups had contacted the council expressing concern over the accessibility of the scenic city-centre route. The council then wrote to traders requesting that offending furniture and decorations be removed.

A popular rural publican was left fighting for his life after being viciously stabbed.

Joe Brennan was at home with his young sons when he was violently attacked. The assailant stabbed the publican a number of times before leaving him for dead. The young father sustained serious injuries to his arms and body and lost a significant amount of blood.

Joe made a miraculous recovery, returning to his home in August before a well-attended fundraiser was held for him in September.

The temperatures soared this month, and many people took the opportunity to cool themselves down for a good cause.

Almost 180 people took to the River Nore on Saturday July 13 for the annual Nore Swim and in doing so raised over €5,000 for a number of local charities.

Unlike other years, many didn’t bother with wet suits and went in their normal swimming gear although they were forced to swim harder because of the lack of current in the river.