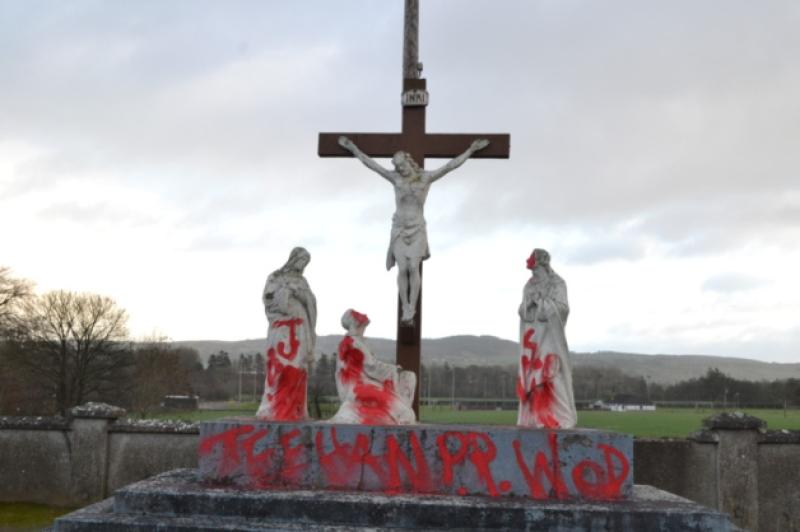 A church and graveyard in South Kilkenny was attacked by vandals during the holiest week of the year.

A church and graveyard in South Kilkenny was attacked by vandals during the holiest week of the year.

Parishioners in Piltown are reeling over the vandalism which caused thousands of euro worth of damage.

The Calvary statue depicting Jesus dying on the Cross was damaged and the front door of the Church of the Assumption was doused in red paint.

The graves of two priests were also specifically targeted in the wanton act of vandalism which was described as ‘despicable’ and ‘cowardly’.

Parish priest, Father Pascal Moore condemned the attack saying that parishioners were ‘horrified’ by the act.

“Whoever did this came well prepared in the cover of darkness. I am numbed by it and find it hard to find the words. It is despicable and I am sickened by it. It is a horrendous and cowardly act. Volunteers worked on Friday to remove the paint and the damage done to the graves will be restored. The people of the parish are in complete shock and there is a lot of anger over it. It is also extremely distressing for the families of the deceased people whose graves were attacked,” he said.

The vandalism took place last Thursday night and the incident came to light early on Friday morning when the sacristan opened the church. Gardai in Mooncoin are investigating the incident.