‘‘A place where people live without hope’ 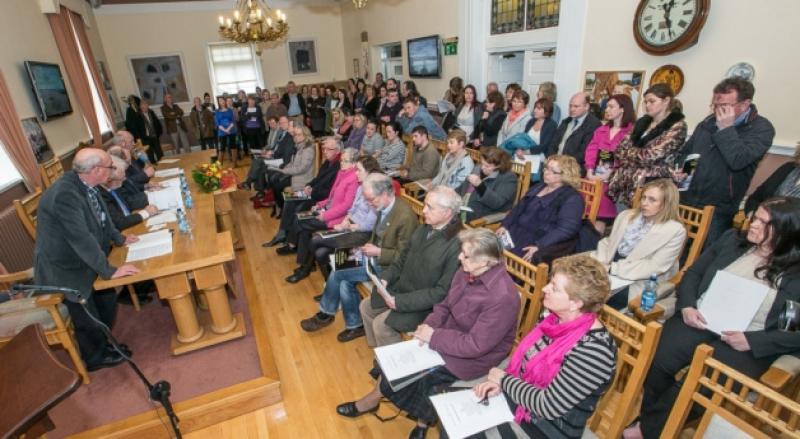 The Chief Executive of children’s charity Barnados has described a halting site on the outskirts of the city as ‘a ghetto’.

The Chief Executive of children’s charity Barnados has described a halting site on the outskirts of the city as ‘a ghetto’.

He made the remarks at the official launch of a report on the living conditions of children at St Catherine’s Halting Site.

“This unique report was conducted from a human rights perspective and the perspective of children. The report calls for new beginnings that can only be formed from the coming together of state agencies and the families who live at the site.

“If the United Nations visited St Catherine’s it would be a black mark not only against Kilkenny but against Ireland. We have to make a fresh start, this report is not acceptable. I commend the report and in particular the families who have co operated and shared the true and sometimes painful stories of their lives in the hope that it will help them to make a fresh start.” added Mr Finlay.

“I want to thank Peter for completing this challenging work and thank the families at the site. There have been issues at the site for thirty years and they are many and complex. It is clear from this report that human rights are being violated and that 31 children are experiencing substandard environmental conditions,” he said.

Peter Kieran, who wrote the report said that the report does not ‘measure up well’ to the UN Convention on the Rights of the Child. He thanked the families involved for welcoming them into their homes and added that he hoped the report was ‘an accurate reflection of their experiences’.

The findings of the report are currently being examined by a number of state agencies including the HSE and the local authority.

Mayor Martin Brett said that he hoped people would find the ‘courage to work together to make a difference’.