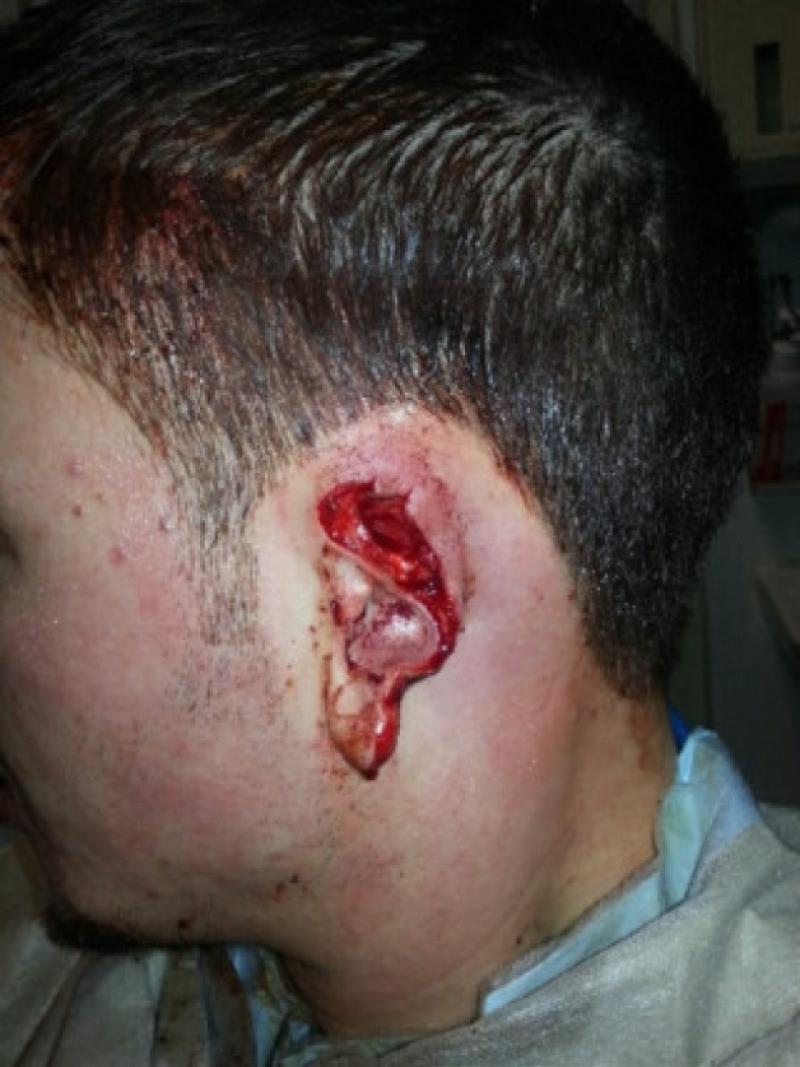 In a heart wrenching, victim impact statement an innocent young Kilkenny man explained how his ear was bitten off on a night out on John Street, Kilkenny by a man with 43 previous convictions that he had never seen before and that it had ruined his life.

In a heart wrenching, victim impact statement an innocent young Kilkenny man explained how his ear was bitten off on a night out on John Street, Kilkenny by a man with 43 previous convictions that he had never seen before and that it had ruined his life.

The Kilkenny Circuit Court was told that Kayne Nelson’s girlfriend had found the ear on the street and that it had been brought to the hospital. Despite it being re-attached in a Dublin hospital, it did not knit because Mr Nelson picked up the dreaded MRSA bug.

He explained that while he had the hospital infection he was unable to have any inter-action with his daughter for a number of months.

Holding back the tears he said he felt ashamed because of the ear and he worried what people would think of him and how prospective employers would view it. He said there is no guarantee the reconstruction surgery will work because of the MRSA and that he would require between 4 and 6 operations.

He said that events of the night conjured up images of rejection for him and it was noted that the victim was only defending himself when his ear was bitten off.

It was explained that the defendant, Thomas Corcoran, Mallardstown, Callan who has a considerable number of previous convictions for theft, assault and road traffic offences had never explained how he came to bite Mr Nelson’s ear off and had told gardai in an interview afterwards that Mr Nelson had deserved it. He showed no remorse up to the day of the case.

He pleaded not guilty to the assault and had been found guilty by a judge and jury. The court was told that CCTV footage had been crucial in identifying the defendant wholeft the scene and that as Mr Nelson passed the defendant and a number of others a remark was passed which led to a melee. The court heardthere had been huge medical costs in the case and that there were more costing waiting.

The defendant made an apology in court to the victim and said he was now attending AA meetings and when asked how Mr Nelson’s ear came to be bitten off he said; “I don’t know”.

Judge Alice Doyle said that it was time that society addressed the epidemic of drink and that it would not be tolerated by her.

She noted the defendant had 43 previous convictions and that no apology had been forthcoming. She accepted that his life had gone downhill since his child died. “This was an extremely violent crime,” Judge Doyle said.

She sentenced him to two and a half years in prison with the last year suspended. She added that more and more serious crimes were coming in front of her as a direct result of people drinking too much and she said she would not tolerate it.