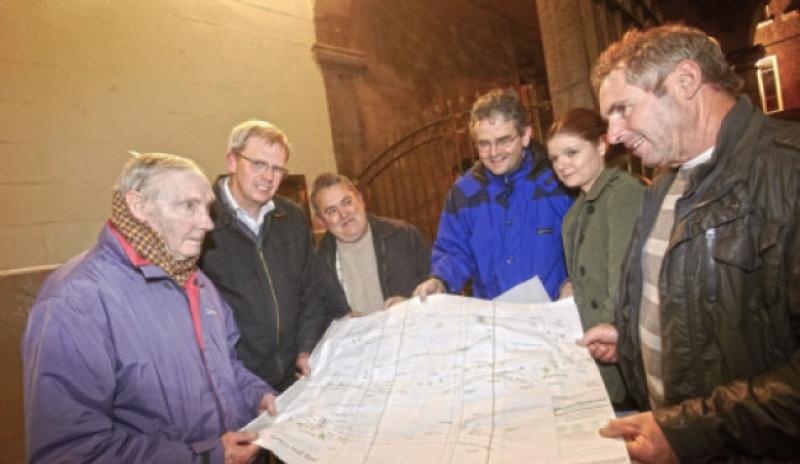 A new HGV traffic management plan for the Kilkenny City area in the years ahead is to go on display for a period of public consultation.

A new HGV traffic management plan for the Kilkenny City area in the years ahead is to go on display for a period of public consultation.

The issue of HGVs and traffic has come to the fore in recent months, following concerns of local residents, notably in the Kennyswell area and western environs. The plan takes into account the provision of impending infrastructural projects, namely the Central Access Scheme (CAS) and Northern Ring Road (NRR).

The local authority authorised preparation of the management plan in 2013, and has been conducting research and consultation in the meantime. This has included traffic counts, surveys, prelliminary reports and meetings with local businesses and residents.

The management plan, seen by elected members of the Municipal District of Kilkenny City last week, is sub-divided into three phases: The first is pre-completion of the Central Access Scheme, the second is after its completion, and then finally, post-completion of the northern ring road.

The pre-CAS phase (2014-2016) would see the implementation of designated 24-hour HGV access routes on the city’s periphery, while Kennyswell Road will become a ‘one-way inwards’ route for HGVs, with traffic calming measures.

A HGV ban would be brought in on Newpark Drive, Lovers’ Lane, O’ Loughlin Road, Ballybough Street, Kickham Street, Blackmill Street, Parnell Street, Stephen Street, Dominic Street and Bateman Quay. Granges Road and Butts Green will be kept as two-way to facilitate deliveries, while time-restricted deliveries will apply to the core city centre (6pm to 8am).

It’s proposed to re-locate the municipal weighbridge from its present site at Gaol Road to an as-of-yet unconfirmed location. The council also wants to encourage the provision of a new goods entrance to Super Valu Loughboy, in order to ease the high usage of the existing front entrance. Additional signage, monitoring by number plate recognition, and barriers at key junctions are also part of the plan.

The second phase, post-completion of the CAS but before the completion of the Northern Ring Road, would see a HGV ban on Woodbine Avenue, Vicar Street, Gaol Road, and the old Callan Road. The one-way route inwards on Kennyswell will continue, and a one-way system for HGVs will be extended using the CAS bridge (east to west) and Greensbridge (west to east). The one-way system for HGVs will also apply on the Freshford Road (north to south) and Dean Street (east to west).

Parking will be restricted on the south side of Dean Street from Irishtown towards Coach Road, and one-way, time-restricted delivery will be introduced at John’s Green, Wolfe Tone Street with access to the CAS bridge. Restoration works also will begin on Greensbridge.

The final phase – after the completion of both CAS and the NRR – would see a HGV ban brought in on Greensbridge, the Freshford Road, Dean Street, and Butts Green. A time-restricted two-way HGV system will be put in place on the CAS bridge from 7pm to 8am to facilitate night deliveries in the city centre.

The adoption of these proposals would require amendments to both the traffic and speed limit by-laws. The plan has now gone forward for the statutory public consultation period in the weeks ahead.